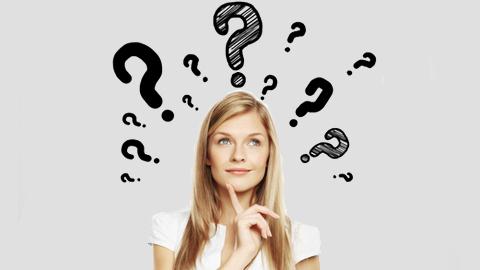 In a recent feature, we asked whether HR would benefit from adopting a back-to-basics approach. Which is more important: sticking to the fundamentals (and doing them well), or gaining a positive reputation as a commercially savvy, board-worthy function? Is doing both well always achievable?

One of the points this raised was that, too often, HR can be a bit too clever for its own good, whether that’s overcomplicating what should be simple administrative processes or living by every letter of the employee manual for fear of flouting employment legislation. Either way, the “end-users”, or staff, can end up disillusioned with HR.

We look at five cases where, for reasons best known to themselves, employers have either taken their policies too seriously or have blown a less serious issue out of proportion in order to make a point. In each case, a more common-sense approach might have avoided an employment tribunal in the first place.

1. Calling in a handwriting expert for toilet graffiti

The employment tribunal of Whitehouse v Komfort Workspace plc involved an employer going to extraordinary lengths to find out who was responsible for graffiti in its factory toilets. The judge ruled that the employee, Mr Whitehouse, was unfairly dismissed, as his employer gave undue weight to handwriting experts’ evidence, which compared the handwriting of 53 employees with some blurry pictures on a mobile phone. The judge also noted that the employer had not given enough weight to Mr Whitehouse’s own evidence and hitherto unblemished record at work.

In the case of Byrne v Warburtons Ltd, the employer had a (highly laudable) zero-tolerance policy on racism, but when a hygiene manager at one of its bakeries was alleged to have said “I don’t like black people; they used to bully me at school”, he was dismissed for gross misconduct after a lengthy disciplinary process. The tribunal upheld a claim for unfair dismissal, pointing out that the company had ignored evidence that Mr Byrne was talking about how he felt as a 12-year-old boy, not about his attitudes now.

A tribunal involving a Mr Singh and the Royal Mail Group Ltd upheld a claim of unfair dismissal after the employee was dismissed for apparently making a fake illness claim. Mr Singh had been stabbed by a syringe while sorting through some post, had subsequently had to go to A&E and felt unable to come into work on his next rostered shift. The company did not take CCTV evidence into account and placed too much emphasis on how Mr Singh “should have reacted”, even going so far as to claim he faked the injury. The tribunal found the employer was too heavy-handed and highlighted the company’s failure to give sufficient consideration to how implausible it would be for the employee to fake an injury in this way.

4. Assuming someone is “stealing” if they shake a vending machine

The tribunal of Vladutu v NYK Logistics (UK) Ltd t/a Logistics & Mega Carrier demonstrates how employers must consider other explanations for an employee’s behaviour, even when faced with evidence that suggests misconduct. In the case, an employee was dismissed for chocolate theft after being filmed shaking a vending machine. According to the employment tribunal, it was entirely understandable that, if an employee had put his money in and not got his chocolate, he should have “given it a shake until something happened”. Because CCTV footage did not show clearly whether or not Mr Vladutu had first paid for the chocolate, the employer assumed he had stolen it. The judge ruled that this was an act of minor misconduct that did not warrant summary dismissal.

5. Focusing on the attitude rather than the evidence

In the case of Hopkins v Kosher Deli UK Ltd, the employment tribunal held that an employer placed too much emphasis on an employee’s “flippant” and “sarcastic” attitude during a disciplinary hearing. It had been alleged that Mr Hopkins had repeatedly asked another employee to run errands for him during the working day. Despite a lack of detailed vehicle tracking evidence to support this, the chair of the disciplinary panel apparently found Mr Hopkins’ demeanour too casual and the way he defended himself too flippant. The tribunal pointed out that an innocent employee might well have reacted in this way, and upheld a claim of unfair dismissal.