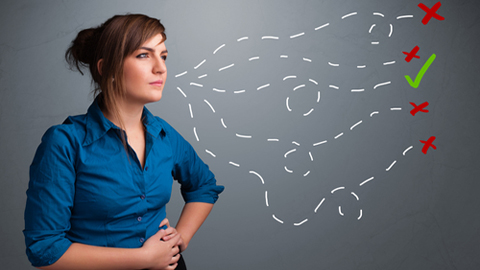 Making yourself and others aware of unconscious bias can make for a more inclusive culture and wider pool of talent. So how should organisations tackle it?

Fairness and objectivity are surely two of the unwritten job specifications of working in HR – you listen to others’ issues, try to see the whole picture and never take sides. But everyone, often without realising, harbours unconscious views about people with certain characteristics that may be influencing choices in recruitment, promotion and performance management.

This is why an increasing number of employers are looking towards unconscious bias training to raise awareness of our subconscious preconceptions about people – the premise being that, once we are aware of our biases, we can train ourselves to think differently about certain traits and subsequently change our actions.

“We all have preferences – people often feel more comfortable with people who are like them or that they have things in common with, or are put off by certain traits,” explains Sandra Kerr, a director at Race for Opportunity (RfO), which has developed a “Know Yourself” tool for organisations to help measure bias. The former is sometimes known as affinity bias, which can lead to favouritism towards staff who we consider to be more “like us”.

“Employers that actively ensure people who are involved in recruitment and selection have been made aware of their bias have better results [in diversity initiatives]. The focus is on talent, nothing else,” says Kerr.

A recent discrimination case highlights the risk of allowing bias to affect decisions. Ms Francis, of Afro-Caribbean origin, claimed she was passed over for promotion by her employer, the London Probation Trust, in favour of a white female candidate. Although she was not able to show a history of racial slurs or poor treatment, her claim was upheld in the tribunal because evidence showed that the all-white panel had taken an inconsistent approach to scoring the two candidates, and concluded that there was a “de facto glass ceiling” in place that prevented non-white candidates from achieving more senior roles. Other black employees gave evidence that white staff often received informal sponsorship and encouragement, while black staff did not.

Much of what happened in this case may not have been malicious or deliberate on the part of management, but it demonstrates how easily bias can slip into an organisation’s culture. Offering unconscious bias training across the board, as is the case at companies such as PricewaterhouseCoopers (PwC) and BAE Systems, can at least prompt staff (and HR) to consider their biases in their decision making.

Sarah Churchman, who leads on diversity and inclusion at PwC, has introduced “Open mind” training at the consulting company for all employees. This began with face-to-face sessions on unconscious bias with leadership teams, and then e-learning delivered to all staff, along with regular reminders to “do something different”.

“Being open minded is one of our competencies. Our training is designed to show us that we’re not as open minded as we think, no matter how well educated or worldly wise we think we are,” she explains. “The classroom training takes small groups through interactive tests that make them realise people do make lots of assumptions based on visual cues and prompts. There are also psychological tools and visual allusions to get people to recognise there’s a subconscious level of activity they’re not aware of, and that level determines how we act with others in a relationship,” she says.

Measuring the success of the programme so far, Churchman reveals that one of the key findings has been the importance of repetition. After the first e-learning programme, a group of staff was asked to sign up to a voluntary, twice-weekly email prompting them to think differently about others. Of those that received the email, 83% felt they were more open minded about their peers, compared with 55% of those who had completed the training but didn’t receive the prompts.

Angela Peacock, chair of inclusive talent specialist The People Development Team, believes “embedding” awareness of unconscious bias in this way is crucial to its success: “You can’t just tick a box and you’re done. You can offer podcasts, videocasts, email shots or short film-clips – all provide talking points for groups. You need to talk to people subliminally, as well as overtly.”

It also needs to be part of a wider suite of efforts aimed at improving diversity, says Kerr at RfO. “Doing [unconscious bias training] alone with nothing else isn’t a magic bullet. You should also be tracking your minority recruitment statistics, how you advertise and the like. It’s also crucial that leaders walk the talk and what they do matches what they say.”

And while it is important that staff are aware of biases in all sorts of roles, the areas where it can have the greatest impact are in recruitment and selection – not least as these are the areas where diversity tends to be most frequently measured.

“What tends to happen is that people have tried a lot of different diversity training programmes but still see a gap in what they measure. They’ve improved recruitment processes, are approaching their recruitment partners for more diverse shortlists, but are looking for the ‘key’ that galvanises all of that,” says Peacock. It’s also important to consult suppliers, such as recruitment agencies or headhunters, on what they are doing to raise awareness of unconscious bias.

In the current climate, training aspects of our unconscious may seem like a difficult investment to justify. It’s in tough economic times, however, that bias tends to become more defined.

“We know that there is more stress in the workplace since the downturn, and when people are stressed and have high cognitive overload, their rational thinking goes out of the window and they tend to ‘revert to type’,” says Churchman.

Opening ourselves up to different people or ways of doing things, on the other hand, is a much healthier, more productive attitude that could contribute to business growth.

From a personal perspective, delving into your hidden perceptions of others can be enlightening, says Churchman: “At PWC, we ran a workshop on how leaders pick teams to work with clients. Some just picked people they knew or based on what they knew about people. We realised that just a little bit of misinformation about someone can impact hugely on their ability to progress. Personally, I’m now hugely sensitive to the power of an innocuous comment.”

Peacock agrees: “It’s impossible to go on one of these programmes and not look at yourself and improve the way you are as an inclusive leader. It affects how you see yourself, your choices, your friendship groups and even your family.”