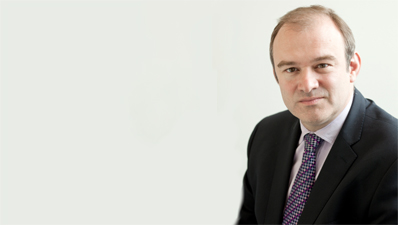 Edward Davey will present the inaugural Award for Innovation in Dispute Resolution at the Personnel Today Awards 2011, it has been announced today.

The news comes on the day of the deadline for entries, which will continue to be accepted from HR teams and individuals until midnight tonight.

Davey, minister for employment relations, will present the new dispute resolution award at the Park Lane Hilton to the HR team that most clearly demonstrates innovation in this area. Judges will be looking for examples of innovative practices such as establishing internal mediation schemes, training HR teams to act as mediators and peacemakers, training and supporting line managers to resolve disputes, and encouraging early dispute resolution within and across teams.

Rob Moss, editor of Personnel Today, “We’re delighted that Mr Davey is able to attend the awards and it’s extremely fitting that he will present the Award for Innovation in Dispute Resolution, given the recent consultation on this matter organised by the Government.”

The category is sponsored by The TCM Group, the mediation specialist. Founder and director David Liddle told Personnel Today last month that he had observed a significant positive impact for employees, managers, HR and the organisation as a whole, where organisations had introduced new approaches to dispute resolution.

Speaking to Personnel Today in April, Davey explained how mediation sits at the heart of the Government’s proposed strategy to reform the way in which workplace disputes are handled. By encouraging employers to enter into mediation where possible, the Government hopes to reduce the number of tribunals that take place, thus making the process less of a burden for employers.

A second category, the Award for Excellence in Global HR, sponsored by Deloitte, also makes its debut at the Personnel Today Awards 2011 on 23 November. To view all categories, visit the awards pages.

Anyone with queries around entering the awards should contact Linda Kimberley on 020 8652 3304 or by email.