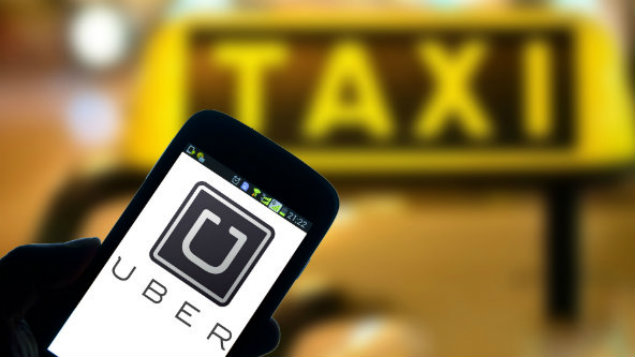 Uber drivers are workers and are entitled to receive the national minimum wage and paid annual leave, according to an employment tribunal ruling that is being seen as a test case for the employment status of the gig economy’s growing workforce.

XpertHR has a full case report, including guidance on the implications for employers.

In this high-profile case, Uber drivers, who are regarded by the company as self-employed, brought employment tribunal claims arguing that they are in fact workers.

The decision on 28 October from the employment tribunal, which heard the case in July, has been eagerly awaited as one of the most important employment cases of 2016.

The employment tribunal decided that the drivers are workers, which means that they are entitled to basic worker rights such as to be paid the national minimum wage and to receive paid annual leave.

Uber, which is estimated to have more than 30,000 drivers in London, provides an app that allows passengers to contact drivers directly for private car hire.

Uber engages its drivers as self-employed independent contractors with the tagline “Work for yourself, drive when you want, make the money you need”.

Uber believes that its approach gives drivers the flexibility to work as much or as little as they want.

However, it also means that, because Uber does not consider its drivers to be workers, the company does not provide them with basic workers’ rights such as the national minimum wage and holiday.

The Uber drivers’ challenge to their independent contractor status is being seen as a test case for how businesses that operate in the “gig economy” classify their workforce.

Reaction from the winning side

Nigel Mackay, a lawyer with Leigh Day, the law firm that represents the drivers, said:

“This judgment acknowledges the central contribution that Uber’s drivers have made to Uber’s success by confirming that its drivers are not self-employed but that they work for Uber as part of the company’s business.”

“Uber drivers often work very long hours just to earn enough to cover their basic living costs. It is the work carried out by these drivers that has allowed Uber to become the multi-billion-dollar global corporation it is.”

“We are pleased that the employment tribunal has agreed with our arguments that drivers are entitled to the most basic workers’ rights, including to be paid the national minimum wage and to receive paid holiday, which were previously denied to them.”

Annie Powell, another lawyer from Leigh Day who worked on the case, added:

“This is a ground-breaking decision. It will impact not just on the thousands of Uber drivers working in this country, but on all workers in the so-called gig economy whose employers wrongly classify them as self-employed and deny them the rights to which they are entitled.”

“This is a monumental victory that will have a hugely positive impact on over 30,000 drivers in London and across England and Wales and for thousands more in other industries where bogus self-employment is rife.”

“Uber drivers and other directed workers do have legal rights at work. The question for them now is how those rights are enforced in practice. The clear answer is that the workforce must combine into the GMB union to force the company to recognise these rights and to negotiate fair terms and conditions for the drivers.”

What is the “gig economy”?

The trend for work to be contracted on a freelance basis to fulfil short-term projects or “gigs”, often using technology such as web platforms or mobile apps to connect workers and hirers.

Other large businesses that operate in a similar way include Deliveroo, which engages couriers to deliver takeaway food to customers.

Deliveroo hit the headlines in July after reports that it is including a clause in its agreements with couriers warranting that they will not bring a legal claim challenging their employment status.

Legal experts have suggested that the clause, which could put couriers off bringing employment tribunal claims arguing that they are workers, is unenforceable.

The decision against Uber is a first-instance decision that is not binding on other tribunals and courts. However, it is likely that Uber will appeal to the Employment Appeal Tribunal, given the impact the decision will have on its business model.

Analysis of the judgment in Aslam and others v Uber BV, with an explanation of its implications for employers, is available on XpertHR.

“The success of the case against Uber will not only impact the way in which the taxi service provider operates but also change the day-to-day running of other similar businesses, such as couriering and black cabs.”

“The gig economy has thrived on companies using a pool of self-employed or freelance workers rather than directly employing them but this has, at times, led to a misunderstanding amongst various businesses over who is classed as self-employed and who is classed as a worker. The difference has a significant impact because workers in law have a range of employment rights that they are able to enforce.

“As workers (as opposed to employees), they will be entitled to two key things: paid holiday and the national minimum wage or national living wage. They’re also covered by the Working Time Directive so will be entitled to rest breaks and cannot be dismissed for whistleblowing. We’re definitely likely to see more cases like this emerge.”

“It’s a long-established principle that the courts consider employment status to be a question of ‘substance over form’ – meaning that it’s the reality of the arrangement between the company and the individual that counts, not what you put on the contract. It doesn’t really matter whether your boss has called you an employee or a contractor, if the reality is that you are in an employment relationship, which broadly means that your employer has control over your day-to-day activities at work then the reality is that you will be an employee, and entitled to all of the employment rights that go with that status.”

“The differences between self-employed and worker status has been thrashed out for decades in case law. Key tests include the ability of the worker to turn down work, the level of control exercised by the ‘employer’ (here the Uber driver received no protection from alleged racist abuse) and whether the worker provided their own equipment or tools to do the job – be it ladder, car or smart phone. Although the case law derives from archaic master/servant arrangements, today’s decision shows that tribunals are resilient to changing times and business models.”