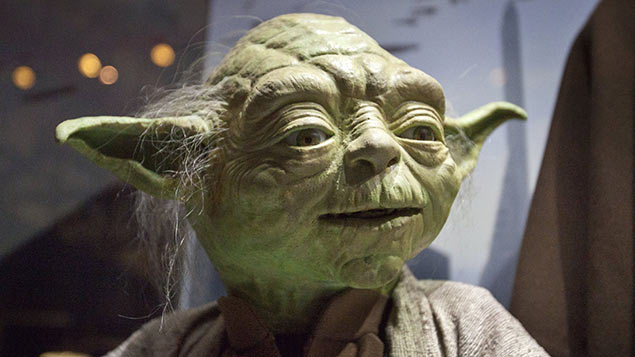 No. 4 on our list: A tribunal found that calling someone Yoda highlighted an age bias. REX/MCT

Harassment is traditionally thought of as a man’s unwanted actions towards a woman, or comments that are offensive to a particular group such as ethnic minorities. However, the employment tribunals consider a wide variety of actions to be harassment, as Stephen Simpson reports.

Seasoned HR professionals will have come across numerous manifestations of harassment in their careers, mainly relating to gender or race. Here, we look back at case law to highlight some more unusual forms of harassment that have arisen in tribunals, including the sending of postcards, practical jokes, nicknames, notes kept in a file, graffiti, fancy dress and even the accidental forwarding of an email.

Basile v Royal College of General Practitioners and others is a useful example of the wide variety of actions that can amount to harassment. Here, a man discriminated against another man with sexual comments and gestures, not all of which were directed at the claimant.

The harasser may not even be on the same continent as the person who takes offence. In Chief Constable of the Kent Constabulary v Kufeji, the Employment Appeal Tribunal (EAT) agreed with the tribunal that a postcard depicting a group of bare-breasted black women, sent by a work colleague from South Africa to a black police officer in the UK, amounted to racial harassment.

The Equality Act 2010 defines “harassment” as unwanted conduct related to a relevant protected characteristic that has the purpose or effect of violating an individual’s dignity or creating an intimidating, hostile, degrading, humiliating or offensive environment for that individual.

Bullying and harassment: Line manager briefing Employers can distribute this guide to line managers to explain to them the wide variety of conduct that can constitute harassment.

There can be a long delay between the act of harassment and the receipt of that act of harassment by an employee. The EAT in Bivonas LLP and other v Bennett held that the employment tribunal was right to find that a gay barrister was discriminated against when he discovered a memorandum in an archive that made derogatory comments about his sexual orientation.

The tribunal in Nolan v CD Bramall Dealership Ltd t/a Evans Halshaw Motorhouse Worksop highlighted evidence of age bias against an older worker as including banter related to his age, including colleagues nicknaming him “Yoda”.

In Quigley v London Borough of Lewisham, the employment tribunal made the unusual finding that a disabled job applicant was subjected to harassment when he was accidentally sent an internal email that he felt was dismissive of his application. A manager had accidentally replied to the job applicant, rather than forwarding the email to the employer’s recruitment team. Harassment could also occur if an individual accidentally overhears a comment, even if the perpetrator does not know that the individual is listening (Morgan v Halls of Gloucester).

In Roberts v Cash Zone (Camberley) Ltd and another, an age discrimination case brought by a young worker, the employment tribunal held that a manager’s use of the words “teenager” and “kid” to describe the claimant amounted to harassment.

Although the balance of power in the workplace normally lies with the manager over the employee, it is not unheard of for a manager to claim to have been bullied by subordinates. Fairbank v Royal Mail Group Ltd is an example of a common scenario for employers that operate in male-dominated environments: a challenge to the authority of a female manager by a group of male employees who are not used to being managed by a woman.

In Otomewo v Carphone Warehouse Ltd, two members of staff took their heterosexual manager’s mobile phone without his permission to post a comment on the status update on his Facebook page saying “I am gay and proud”. The case is a reminder to employers that an individual can be subjected to sexual orientation discrimination even if the harasser knows that the individual is not gay.

Harassment: who is protected?

Harassment will amount to discrimination if it relates to the following “protected characteristics”:

9. Shouting across the room

The EAT decision in Heafield v Times Newspaper Ltd highlights that the context of a remark can often be critical when assessing whether or not it constituted harassment. The EAT held that there was no religious harassment when a Catholic employee took offence at a colleague’s expletive about the Pope shouted across a busy newsroom. While this harassment claim failed, there is nothing to prevent a shouted comment not aimed at the claimant from constituting harassment.

In Ceresa v Spaghetti House Ltd, a sexual orientation harassment claim, the tribunal found that when the restaurant in which the claimant worked was busy, the manager would “somewhat forcefully” direct waiters, including making physical contact with their backsides. Although the manager had perhaps touched the claimant’s bottom, this was not on the basis of his sexual orientation, found the employment tribunal.

11. Speaking in a foreign language

Although ultimately unsuccessful, the employment tribunal claim in Griffin v Hyder Brothers Ltd is a good example of some of the problems that can occur when colleagues insist on communicating in their first language to the possible exclusion of other workers who do not speak this language.

It is possible that an employee could claim that they have been harassed after simply reading graffiti on a wall. In Whitehouse v Komfort Workspace plc, the employer went to great lengths to ascertain who was responsible for graffiti, following a complaint by an employee that he had seen racist graffiti in the toilets.

In Bal v Secretary of State for Work and Pensions (Jobcentre Plus), the claimant argued that a colleague’s suggestion that a radio-controlled toy helicopter, which was being flown around the office as a joke, be landed on the “flat surface” of his turban was religious harassment.

In X v Y, the employment tribunal found that a gay employee was harassed at a workplace fancy-dress event that he could not opt out of and that lent itself to banter of a sexual nature that could easily offend.

In Brown v Young & Co’s Brewery plc, the tribunal had the unusual task of considering whether or not a manager harassed a black pub worker when he told him that he “looked like a pimp” when he was wearing a promotional St Patrick’s Day hat.