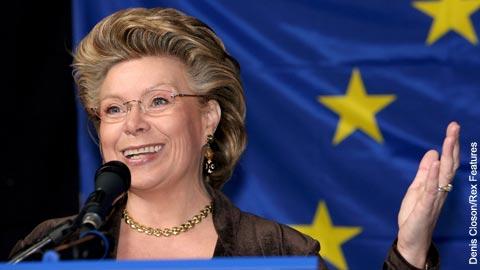 The European Commission (EC) has approved a proposal for there to be a 40% objective for female non-executive directors on the boards of listed companies by 2020. Justice commissioner Viviane Reding announced the news on Twitter this morning and an official announcement followed this afternoon.

The plans need approval from the European Council of Ministers and will require member states to decide what action to take against companies failing to reach the target. Last month, EU lawyers had warned that quotas might not be enforceable. Last week, the House of Lords issued a report urging the Government to block any proposed quotas.

However, the fact that the objectives only cover non-executive board members has led many critics to say the proposals had been watered down.

Fiona Hotston Moore, a partner at London accountancy firm Reeves and a campaigner for enforceable quotas, said: “The quota proposals are very weak and fall disappointingly short of what is needed to redress bias against women. They only apply to non-executive directors and will encourage more tokenism. We need mandatory quotas for a fixed period of time to get the balance right.”

However, the 30% Club welcomed today’s announcement that the EC will not be imposing such quotas. Founder Helena Morrissey said: “Over the past two years, there has been a decisive shift in the pace of change towards better gender balance in Britain’s boardrooms. Over the past six months, 30 out of 62 FTSE-100 non-executive directorships have gone to women, a pace of change that surely cannot be bettered if you also believe, as we do, in the importance of appointment on merit.”

At the moment, 85% of non-executive directors are men, according to the EC. The Directive will only apply to listed companies employing 250 or more people.

The Commission said the proposals applied only to non-executives “so as not to interfere with the freedom to conduct a business”. Reding called the decision “a breakthrough initiative” and disputed the suggestion that the proposals had been watered down and would not be enforced by member states.

Many employers had previously aired concerns about proposed quotas, claiming the UK was already making some progress towards Lord Davies’ target of 25% female representation on boards by 2014 without any legal obligation to do so. That said, the Commission’s proposals seem to indicate that as long as companies have suitable systems in place, they will not be penalised if they do not manage to meet the 40% quota by 2020.

Commenting on the proposals, business secretary Vince Cable said: “The UK welcomes the Commission’s decision not to impose mandatory quotas for women on boards. We remain fully committed to increasing women’s representation in UK boardrooms, but along with like-minded member states, we have consistently argued that measures are best considered at a national level. So we are pleased the Commission has listened to the concerns raised.”

Katja Hall, chief policy director at the CBI, said: “These new proposals rightly focus on the need to improve boardroom diversity, while allowing firms to recruit the best candidates from the widest possible talent pool. MEPs should get behind this approach.

“Increasing the number of women in boardrooms is important for businesses, who know that gender diversity brings greater creativity, higher performance and better customer insight. That is why firms are already taking action to increase the flow of women to the top, such as targeting mentoring schemes at women and offering flexible working.”

But Bernadette Daley, an employment partner at legal firm Mayer Brown, warned that the “soft touch” quotas approved today for non-executive directors could be replaced in future by mandatory targets: “While today’s proposal is a diluted version of the original, it is another key step in the drive to encourage more gender diversity at board level. I imagine if Reding doesn’t see improved statistics, we could well see her call for mandatory quotas again in the coming years.”

Women’s minister Maria Miller also added her opinion to the debate yesterday, calling any proposed quotas for women on boards “patronising” and wrong.

The main elements of the EU proposals are: