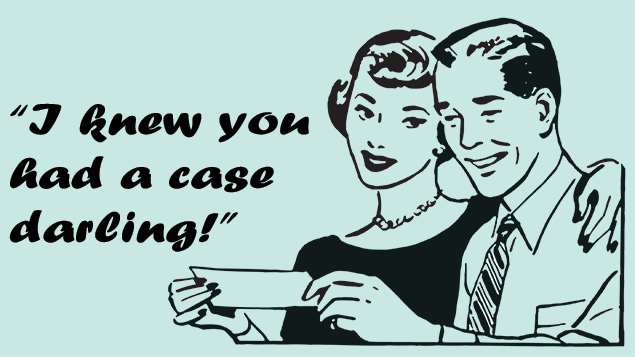 We round up six-figure employment tribunal awards that employers were ordered to pay in 2015, with a total compensation amounting to £2.5 million.

In Tirkey v Chandok and another, a claimant who brought a groundbreaking caste discrimination case was awarded a total of £266,537.

In Gilmore and others v Vodafone Ltd, five salespeople who were dismissed after complaining about how their commission worked were awarded £264,349.

In Turner v DHL Services Ltd and another, the claimant was awarded £257,127 over his employer’s lack of support when he went off sick as a result of work-related stress.

4. Redundancy of mother of disabled child

In J v H Ltd, the employer was required to pay out £251,460 to the mother of a disabled child over the way in which her redundancy was handled.

5. Dismissal of employee with acute anxiety

In Marcelin v Hewlett Packard Ltd, a claimant who was disciplined for, among other things, his refusal to consent to the release of a medical report was awarded £239,913 for disability discrimination.

In Sardari and another v South Devon Healthcare NHS Foundation Trust and another, the employment tribunal found that a senior NHS manager who raised concerns about an alleged biased recruitment process was subjected to a detriment for making a protected disclosure. She was awarded £228,778.

8. Disability discrimination against ME sufferer

In A v S, an employee with chronic fatigue syndrome (ME) was able to show that the way in which a move to a new role and her subsequent absences were handled was discriminatory. Her compensation totalled £192,656.

In Nishioka v C&S Shops Ltd, a financial officer who was suspended and summarily dismissed after raising accounting concerns was awarded £184,741 in a tribunal.

In Asare-Brown v Mortgage 27 Ltd, an employer that admitted that it constructively dismissed a web designer after non-payment of wages was required to pay £130,702.

In Waddingham v NHS Business Services Authority, the employment tribunal held that an NHS trust committed disability discrimination against an employee having cancer treatment who was required to undergo a competitive interview process during a redeployment exercise. The employee was awarded £115,056.