By Ashleigh Webber on 23 Apr 2018 in Gender, Ethnicity, Latest News 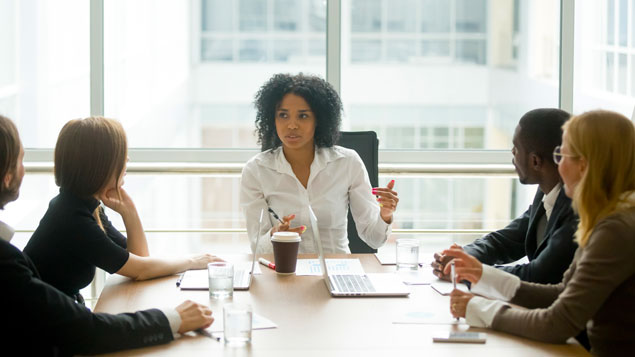 Time-limited gender equality quotas should be set for the boards of large corporate organisations and public bodies, the Fawcett Society has urged, in order to improve gender balance in leadership positions.

Its 2018 UK Sex and Power Index found that female representation in positions of power was less than 45% on average – with many sectors seeing a substantially lower proportion of women in senior roles.

Senior managers do not do enough to tackle gender balance, says CMI

Alongside gender diversity quotas for large organisations, the Fawcett Society recommended that targets and the requirement to publish an action plan should be introduced for smaller businesses.

It called on the Government to bring in legislation that would require all roles to be advertised on a flexible working basis, unless there was a business reason that made flexible working difficult, and for the introduction of more part-time or job-share senior roles.

Sam Smethers, chief executive of the Fawcett Society, said: “When we see this data brought together it is both shocking and stark – despite some prominent women leaders, men haven’t let go of the reins of power and progress is painfully slow.

“Equality won’t happen on its own. We have to make it happen. That is why we are calling for time-limited use of quotas and making all jobs flexible by default.”

The imbalance of power was particularly acute in business, the report found. In 2017 less than one in 10 (9.8%) of executive directors were female, and less than a third (27.7%) of all directorships were held by women. There were no BAME women leading FTSE 100 organisations.

Last week, Legal & General Investment Management announced that it would vote against the reappointment of chairs in FTSE 350 organisations where women did not make up at least 25% of the board.

Just 32% of MPs were women, the charity pointed out. Females made up just over a quarter (26%) of cabinet ministers, but the shadow cabinet was, for the first time, gender equal.

Black, Asian and minority ethnic (BAME) women were less likely to be represented in Government. Just 4% of MPs were BAME women, despite BAME women making up 7% of the UK population.

Gender imbalance also extended to the legal system, with just two women among the 12 Supreme Court judges and nine women among 38 Court of Appeal judges.

Women were better represented at the lower tiers of the legal system, with females making up 54% of magistrates.

In the education sector, 26% of university vice-chancellors or principals were female and 38% of secondary school head teachers were women. This is despite women working in 73.8% of full-time teaching roles.

Activist Caroline Criado Perez, who campaigned for better representation of women in the media and on banknotes said: “We shouldn’t be leaving it up to charities to monitor equality, not to mention on data that is riddled with gaps. A Government that truly represents its people – all of us – should be collecting this data itself. And it should then act on it.”