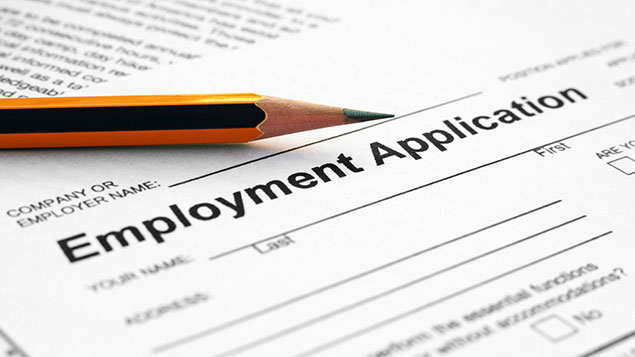 Around a fifth of national employers – including a number of household name companies – ask jobseekers for information about criminal records they are not legally entitled to.

Research by Unlock, a charity supporting people with convictions, found that almost three-quarters of companies continue to ask about criminal records at job application stage.

Is it lawful for an employer to ask a candidate if he/she has any criminal convictions?

Its survey of 80 major employers found that 70% of those with an online applications process asked about criminal records, and 80% of these applications provided no guidance to applicants on spent convictions or what needed to be disclosed.

Just over a fifth of employers had phrased the question about criminal records in a way that was either potentially unlawful or misleading, Unlock’s research found.

Furthermore, none made it clear why they were collecting criminal records data, which could go against the requirements of GDPR, which requires anyone who processes sensitive data to state the reason for doing so.

Unlock points out that for most jobs, employers can only ask about unspent convictions, and the time it takes for a conviction to become spent tends to depend on the punishment, rather than the crime.

In 2013, the government amended the criminal record checks scheme to allow filtering out of single convictions for some offences.

Consequently, some applicants may not be aware of when their conviction becomes spent, with employers offering applicants little or no advice on how to find out whether they should disclose a past conviction.

There is also a danger that applicants disclose incorrectly – getting the wording of a conviction wrong or believing two counts of an offence count as one conviction.

Unlock found that some application forms asked potentially unlawful questions, including Marks & Spencer, which asks whether candidates have received a police caution in the past five years.

This question is potentially unlawful because cautions become spent immediately so should not be considered. Only certain cautions should be considered where the job is listed as an exception in the Rehabilitation of Offenders Act (these exceptions include GPs, teachers and those working with young people, and are unlikely to cover supermarket workers).

A handful of other employers, including Superdrug and DHL Express, also asked about cautions, reprimands and warnings, which could lead applicants to disclose more information than they are legally obliged to.

Unlock co-founded the Ban the Box campaign with equality charity Business in the Community, aimed at persuading employers to remove the check box from applications that asks if candidates have a criminal record. More than 110 employers have signed up so far.

Commenting on today’s research, Christopher Stacey, co-director of Unlock, said: “These findings are unsurprising – employers are asking about criminal records at application stage as a way of deselecting applicants.”

“We know this approach has a chilling effect on talented applicants with a criminal record, many of whom never apply because they think they don’t stand a chance. In fact, evidence from employers who do recruit people with criminal records shows that they make reliable, hardworking and loyal employees. Employers who are open about their inclusive recruitment practices report a positive impact on their reputation.”

Stacey has called for the government to accelerate the number of employers removing questions about criminal records on application forms, and to consider making this a statutory requirement.

There are over 10.5 million people with a criminal record on the Police National Computer, according to Unlock, and 1.2 million people receive a conviction every year – only 8% end up going to prison.