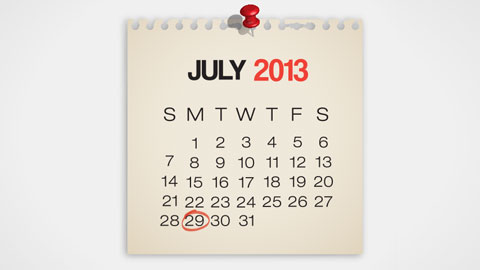 Hot on the heels of June’s employment law changes come another raft of measures, relevant to all organisations, which come into force on 29 July 2013. Personnel Today sets out five things that employers and HR professionals need to know about the new legislation.

Compromise agreements will be renamed “settlement agreements”. The use of these will be facilitated by new rules in relation to pre-termination negotiations.

Evidence of “pre-termination negotiations” between an employer and employee will be inadmissible in ordinary unfair dismissal claims. This goes further than the “without prejudice” principle as it will apply even where no formal dispute has yet arisen. The legislation applies to negotiations held with a view to terminating employment under a settlement agreement.

3. Claimants start paying a fee to submit a claim to an employment tribunal

Claimants who issue a claim against their employer in the employment tribunal are required to pay a fee. Fees will also be payable by respondents in some circumstances.

Changes to mployment tribunal rules include combining pre-hearing reviews and case management discussions into a preliminary hearing, revised powers for tribunal judges to strike out weak cases and a requirement that an employment tribunal must, where appropriate, encourage parties to use alternative dispute resolution.

5. Reduced cap on the compensatory award for unfair dismissal introduced

An individual cap of 12 months’ pay in relation to the compensatory award for unfair dismissal is introduced. The individual cap will apply where this amount is less than the overall cap, currently £74,200.

More key employment law developments are coming into force in 2013, including a new tier of employment status: “employee shareholders”. Keep up to date with all the forthcoming changes using the XpertHR legal timetable.

This article was originally published earlier in July 2013.