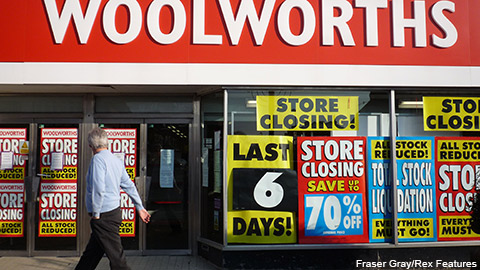 The recent Employment Appeal Tribunal (EAT) ruling on what constitutes “one establishment” when making 20 or more redundancies is being seen by the employment law cognoscenti as a game changer. John Charlton looks at what it all means for employers and their redundancy consultation procedures.

In the seemingly endless legal battles between employers and the employed, it is pretty much a given that parties must turn up at tribunal if they are to have their arguments heard. Given the importance of the recent EAT ruling in two cases – Usdaw v Ethel Austin Ltd (in administration) and Usdaw and another v WW Realisation 1 Ltd and others – it seems surprising that the main respondent, Secretary of State for Business, Innovation and Skills, Vince Cable, was not represented at arguably the biggest employment law match of the season so far.

EAT judge Jeremy McMullen, in the judgment transcript, pointed out that the respondents attended none of the proceedings, nor did they send representatives: “It was said by the Insolvency Service that the Secretary of State would not attend or comment ‘as he has nothing to usefully contribute about the consultation process between the parties’. That was his stance at the Woolworths employment tribunal hearing. It appears, sadly, to misunderstand the legal issue in these appeals, and its importance.”

The Department for Business, Innovation & Skills (BIS) told Personnel Today last week: “The Secretary of State is sometimes joined as a respondent in protective award claims. This is because, under legislation, the Secretary of State guarantees the payment of protective awards made in favour of employees whose employer is insolvent, up to a certain amount. The department does not make representations in such cases as a general rule.


“The purpose of a protective award is to penalise the employer for breach of its consultation obligations. The Secretary of State would not generally have any knowledge of the factual circumstances. The department is aware of the wider implications of this case and is considering its options.”

This week, having done just that, the news came that BIS had requested permission to appeal the judgment because it thinks “the EAT has got the law wrong and it is our view that the decision will have wider implications”.

And so employers find themselves in a legalistic limbo where the EAT has said “at one establishment” should be deleted from the law, while the very government department that would delete it from the law is attempting to appeal the decision.

We therfore await the outcome of any forthcoming appeal, or the outcome of Lyttle and others v Bluebird UK Bidco 2, a Northern Ireland industrial tribunal case (see box) that has referred the “at one establishment” issue to the European Court of Justice (ECJ).

In the meantime, we look at the Woolworths case, the law in question, and what employment lawyers are suggesting employers should do currently.

In the judgment published in early July, the EAT found in favour of Usdaw and the former Woolworths staff basing its judgment on art.1 of the European Collective Redundancies Directive (CRD). It ruled that the workers concerned were entitled to compensation for protective payments as they should have been offered collective redundancy consultation.

The reason they were not consulted was because they were employed at workplaces where there were fewer than 20 employees.

Section 188 of the Trade Union and Labour Relations (Consolidation) Act 1992 (TULCRA) stipulates there must be at least 20 employees facing dismissal “at one establishment within a period of 90 days or less” for the duty to consult workplace representatives to apply.

The EAT has now ruled that the CRD definition of establishment trumps the TULCRA definition such that, basically, one establishment is all the workplaces run by an employer. As such the 20-or-more rule has changed fundamentally.

Impact of the EAT’s decision

Kate Hodgkiss, partner in DLA Piper’s employment team, speaking before this week’s news of a potential appeal, described the EAT’s decision as a “landmark”.

“It is highly significant as it changes the face of UK redundancy law and potentially significantly extends an employer’s collective consultation obligations,” she explains. “The importance of the case for all UK businesses may prompt the Secretary of State to now engage with the proceedings and consider an appeal.”

Section 188 of TULCRA may now be interpreted as imposing collective consultation requirements when an employer decides to dismiss 20 or more employees within 90 days on grounds of redundancy, no matter on how many worksites those affected are employed.

Usdaw general secretary John Hannett says: “This decision will send a clear message to all employers and administrators that workers should be consulted regardless of whether they work in a small or large workplace.”

So where does the ruling leave employers when considering redundancies across a number of workplaces?

In brief, it will mean they will have to:

Vicky Bennett, associate at Weightmans, advises employers to assume that the EAT ruling is correct and says they run a risk if they do not amend their practices accordingly. “The risk-averse approach would be to collectively consult regardless of geographical location whenever there is a proposal to dismiss as redundant 20 or more employees within a 90-day period.

“The risk is that the threshold of 20 or more employees for collective redundancy purposes should be looked at across all of an employer’s establishments and not for each separate establishment. Assuming this is right, a national supermarket giant, for example, would have to match the eight redundancies at an Inverness store with the seven at its Falmouth store and nine at its Leicester warehouse.

“Try to ensure redundancy exercises are monitored centrally in order that you may keep an eye on unrelated redundancies across multiple sites which now may need to be aggregated together for the purposes of collective consultation.”

“It may not be necessary to carry out one central consultation process. Provided all employees affected have had the opportunity to elect representatives, it may still be possible to conduct the consultation at a local level. However, whatever approach is preferred, it may be advisable to agree it with the union or elected representatives at the start of the process to minimise the risk of future challenge.”

To ensure they stay on the right side of the EAT’s ruling, employers running several workplaces and their HR managers and directors will have to address the procedures they have in place for handling large-scale redundancies across workplaces and ensure liaison practices between line managers and central management are up to scratch.

They will have to ensure that information from local sites on such lay-offs is collected centrally. This is especially important where local managers have the authority to make staff redundant. They should also ensure that local managers are aware of the employer’s obligations when collective redundancy rules come into play.

Hodgkiss says risks will arise “where there are processes for collecting information about dismissals across the organisation, but local managers do not have the expertise to recognise what counts as a redundancy dismissal for the purposes of collective consultation. For example, dismissal and re-engagements to implement a change to contractual terms will be a redundancy for these purposes but may not be recognised as such.

“Also, [there will be risks] where the employer employs a lot of employees on short-term projects and there is a constant process of projects coming to an end and employees being re-deployed to new projects. This is likely to be a significant problem in the construction industry in particular.”