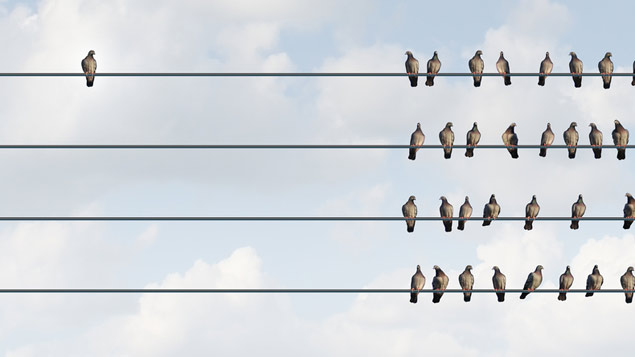 The employee was one of only 17 female train drivers out of a total of 559.

Consultant editor Darren Newman considers a recent indirect sex discrimination case that highlights the problems that an employer can face when it has to balance the working-pattern requests of individual employees against the needs of the workforce as a whole.

Indirect discrimination has never been an easy concept for the courts – or indeed the rest of us. The subject has not been made any easier by the fact that the definition itself has undergone several amendments over the years.

Under the Equality Act 2010, what we now look for is a “provision, criterion or practice” that is applied to a group of employees, and that causes those who share a protected characteristic to suffer a “particular disadvantage” – with it causing the same disadvantage to the individual claimant.

The crucial difference between direct and indirect discrimination is the justification defence. Even if a provision, criterion or practice is shown to be indirectly discriminatory, the employer can defend a claim on the grounds that it is a “proportionate means of achieving a legitimate aim”.

This causes a particular disadvantage to women because they are statistically more likely than men to have caring responsibilities that make it difficult for them to work long or unsocial hours.”

We tend to think of the “classic” example of indirect sex discrimination as being the refusal of a flexible working request. This causes a particular disadvantage to women because they are statistically more likely than men to have caring responsibilities that make it difficult for them to work long or unsocial hours.

In recent years, there has been increased emphasis on the business benefits of flexible working and it has undoubtedly become harder for employers to justify a requirement for employees to work full time or to a particular pattern.

She was a full-time employee working 35 hours over a six-day week. The work pattern of a train driver can be fiendishly complicated, with work being required at weekends, early in the morning and late into the evening.

The employee had three young children and, when she separated from her husband in 2012, it became increasingly difficult for her to balance her work commitments and family responsibilities.

She made a number of requests for flexible working, which were refused – although several temporary accommodations were made for her in terms of the shifts that she was allocated.

One problem was that it was not possible for the employer to accommodate her needs without requiring the other – overwhelmingly male – drivers to agree to the change through the local bargaining framework.