Flexible working: are we moving in the right direction? 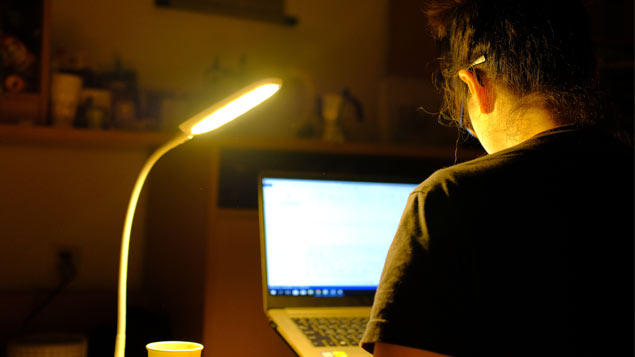 For some, increased flexibility has come with longer working hours. Shutterstock

With flexible working on the rise and government plans for jobs to be advertised as flexible by default in mind, David Leithead examines the results of Morgan McKinley’s working hours survey and pinpoints areas that need special attention.

Flexible working isn’t new, but in recent years it has grown in popularity among office workers. But with flexibility often driving up working hours – an unintended, unwelcome and unhealthy outcome – who is benefitting most?

Morgan McKinley’s 2019 working hours and flexible working research revealed nine in 10 (91%) UK office workers worked beyond their weekly hours. In fact, 55% no longer viewed flexibility as an additional benefit and expected it when looking for a new job.

Many professionals have said they want their jobs to align with their home lives. Accordingly, organisations have had to adjust their cultures to stand any chance of attracting high quality talent.

Despite the hype, many companies are behind the curve – although 65% of respondents say their employer offers flexibility, this leaves a large proportion (35%) indicating their employer does not, or they are unaware of this option. For those working for enlightened employers, home working is the most common form of flexibility offered, followed by flexible hours. Of the 65% who can work flexibly, 84% make use of the opportunity. This shows that employees value arrangements which help them balance work and home life.

The benefits of flexible working are well recognised, but employees, on being asked to single out one primary benefit, most commonly said “improved staff wellbeing” (43%), followed by “reduced time/spend on commuting” (30%).

However, when asked to highlight the biggest downside to flexible working, a “less engaged workforce” was the top response from both employees and employers.

Despite its popularity among staff, the study revealed some negative views of flexible working. Some argued that those working flexibly created more work for others, or that workers jeopardised their career prospects by doing so.

But our findings showed these views were changing; we asked respondents who worked flexibly whether their remuneration had been affected and 86% answered it wasn’t. When the full 1,500 were asked if they thought chances for career progression were damaged by flexible working, 42% replied they weren’t; 35% said they were damaged and 23% were not sure.

Flexible working offered clear business benefits, as 78% of workers said the increased adoption of flexible working had had a positive impact on their company’s performance and profitability. Employers seemed to echo this view, although less emphatically, with 57% perceiving that flexibility in the workplace would “positively influence” companies in the long-term.

To better maintain an engaged but flexible workforce, embracing technology is key. This is not just about supplying laptops and mobile devices, it is also about deploying tools for chat, video and virtual meetings, and integrating company systems, intranets or social platforms. Beyond this, ensuring there is a strong level of consistent communication and arranging more team time when flexible workers are onsite have been highlighted as important contributors to maintaining engagement.

Technological advancements mean employees can work from wherever they want, during whatever hours suit them best. Rightly, if an organisation gives its employees a mobile phone or laptop and allows them the flexibility to spend fewer hours in the office, there’s a reasonable expectation that they will be contactable. But a big challenge is how to prevent blurred lines and contact spreading to a time when the employee is actually outside of their working hours.

The fact is most employees aren’t able to put the tools down. Sixty-two per cent of our survey respondents reported being available on mobile devices outside working hours, with many checking their emails before they got to the office and then staying online well into the evening. Physical presenteeism is being replaced by digital presenteeism. Is the grant of flexibility an employer’s generous gift, or a clever way of squeezing more blood from stones?

Announcements about flexible working often result in a skeletal policy that’s hidden away rather than developed. More than one third of our respondents perceived that their organisation had not improved flexible working offerings in the past two years. It’s critical that policies are dusted off and updated regularly.

Flexibility is not a trend; it’s not going away. Businesses have come a long way in terms of offering flexible working. However, they need to keep their workforce engaged by implementing strategies and ensure their cultures are moving in the right direction.

After all, over three-quarters of respondents believe flexible working is having a positive impact on their company’s performance and profitability, which is a hugely persuasive statistic. It must be music to employers’ ears and should encourage them to invest time and energy in getting policies and processes spot on.

2 Responses to Flexible working: are we moving in the right direction?