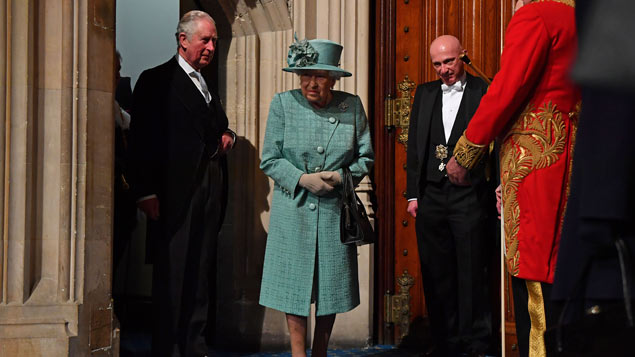 The new government will bring in a points-based immigration system for skilled workers, one week’s leave for unpaid carers and flexible working by default, the Queen has announced during the State Opening of Parliament.

In a speech at the House of Lords, the Queen revealed around 40 new laws that will be brought in over the coming months. These include a new Employment Bill that the government says will enhance workers’ rights, support flexible working, extending unpaid carers’ leave entitlement and ensure workers keep their tips.

The Queen said the government would “bring forward measures to support working families”. The main elements of the proposed Employment Bill include:

The government will raise the National Insurance threshold to £9,500 in 2020. It also vowed to increase the national living wage, although it has not yet said what next year’s rate will be.

Labour MP for Oxford East Anneliese Dodds criticised the announcement for being “very thin on working rights”. Indeed, many of the proposed regulations have been previously announced by the Conservative party and today’s speech does not reveal further detail about them.

#QueensSpeech very thin on working rights; welcome commitment to support leave for carers but nothing on maintaining rights from EU. Unclear what helping people to save means in this context…

Increasing staffing levels in the NHS was also key focus. The Queen said: “Steps will be taken to grow and support the National Health Service’s workforce and a new visa will ensure qualified doctors, nurses and health professionals have fast-track entry to the United Kingdom.”

The Queen said: “A modern, fair, points-based immigration system will welcome skilled workers from across the world to contribute to the United Kingdom’s economy, communities and public services.”

It has already commenced the recruitment of 20,000 more police officers the Conservative party pledged earlier this year, prime minister Boris Johnson says in his foreword to the government’s briefing document.

Tom Hadley, director of policy and campaigns at the Recruitment and Employment Confederation, noted that high employment has left organisations struggling to find the staff they need, so they still need to be able to access workers from abroad.

“The election may have given the government a clear mandate for immigration reform, but it is important that this works for the economy and the public.

“Our data has consistently shown a shortage of UK workers in sectors ranging from healthcare and engineering to hospitality and agriculture. For homes to be built, for the elderly to be cared for, and for shops to stock the goods we want, we need an immigration system that works for the whole economy,” he said.

A new Pension Schemes Bill will also be introduced and will provide a framework for the regulation of Collective Defined Contribution pension schemes; strengthen the Pensions Regulator’s powers and sanctions regime; provide a framework to support pensions dashboards; and introduce clearer funding requirements for defined benefit schemes.

Danny Wilding, a partner at Barnett Waddingham, said: “We support the re-ignition of the government’s support for Collective Defined Contribution schemes through the Pension Schemes Bill. We believe that these risk sharing arrangements have the potential to provide better member outcomes on average compared with individual Defined Contribution arrangements, and the fixed contribution aspect is likely to be highly attractive to sponsors compared with Defined Benefit schemes.

“Still missing in action so far is [the Conservatives’] promise to tackle the ‘net pay’ workplace pension schemes anomaly where pension tax relief is concerned.”

Skills development will also be a major focus of the new government, including the establishment of a £3bn National Skills Fund and investment in “world-leading” scientific research and skills.

Ben Willmott, head of public policy for the CIPD, commented: “The plan to create a £3bn National Skills Fund can go some way towards providing the necessary investment in lifelong learning which is such a key issue given our ageing workforce and the growing impact of new technology on employment and job.

“However we also need to see reform of the Apprenticeship Levy to a more flexible training levy so it becomes more relevant and responsive to employers’ skill development needs.”