Flexible working should be a day-one right say MPs 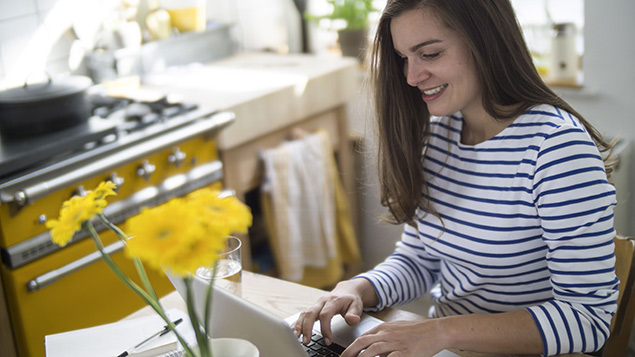 All roles should be advertised as flexible unless there is a strong and continuing business reason otherwise, a committee of MPs has concluded in a report on the gender pay gap.

The Gender Pay Gap report said that Government is complicit in a system that perpetuates the gender pay gap, and that it will persist without a change in policy.

The right to request flexible working is currently only available to employees after 26 weeks, but the committee heard evidence that women have to “trade down” and take lower paid roles that offer the flexibility they require, with “nearly half of women working in part-time work over-qualified for their job”.

Guidance on pay and benefits

Giving evidence to the committee, the skills minister Nick Boles said “If you have half a brain cell as an employer, you realise that by offering flexibility you can often get better applicants. It does not need me to regulate it.”

But the authors of the report disagreed: “The benefits of flexibility are fully accepted by Government, yet policies encouraging employers to create more opportunities for flexible working are not forthcoming.

“By refusing to act, the Government is complicit in a system that is undermining productivity and perpetuating the gender pay gap.”

As well as recommending that all jobs should be available to work flexibly, unless an employer can demonstrate an immediate and continuing business case against doing so, the committee said the Equality and Human Rights Commission should update its guidance to employers.

It should explain legal requirements to offer flexible work; the benefits of flexible hiring; and the potential risk of indirect discrimination if employers do not consider whether or not newly advertised roles and existing positions could be worked flexibly.

Committee chair Maria Miller said: “The gender pay gap is holding back women and that isn’t going to change unless the Government changes its policies now. The pay gap represents a massive loss to the UK’s economy and we must address it in the face of an ageing workforce, a skills crisis and the need for a more competitive economy.

“If the Government is serious about long-term, sustainable growth it must invest in tackling the root causes of the gender pay gap. Adopting our recommendations would be a significant step towards achieving the goal of eliminating the gender pay gap within a generation.”

Although the Government has committed to eliminating the 19.2% pay gap within a generation, it has remained at roughly the same level for four years. Women aged over 40 are most affected, with those aged 50-59 facing a 27% pay differential.

Evidence suggests that the barriers to well-paid work currently experienced by women over 40 will continue unless action is taken to address the root causes of the gender pay gap.

The committee also called on the Government to introduce non-transferable paid paternity leave for fathers to allow men and women to share care more equally.

Sarah Jackson, chief executive of charity Working Families, said: “A decent period of paid paternity leave would allow more fathers to care for their young children and push this out of the domain of ‘women’s work’ for good.”

Ann Francke, chief executive of the Chartered Management Institute, said: “In closing the gender pay gap, there isn’t one thing we have to do; there are many. The select committee’s recommendations are part of the solution, as well as the Government’s measures requiring large employers to report on the gender pay gap.

“The Government should also take on board the committee’s proposals and require large employers to report on the number of women returning to work from maternity leave and the number of employees on flexible working contracts.

“Transparency is a proven effective way of achieving progress. Publishing, and then acting to close, the gender pay and pipeline gap brings real benefits for everyone in organisations – it boosts productivity and financial results, improves culture and helps employees to trust their employers.”

The committee also recommended that the right to request flexible working should be amended to allow those not working full-time hours to request the opportunity to work more.

Legislation, currently in draft, will oblige large employers to calculate their gender pay gap from April 2017 and publish the details by April 2018.