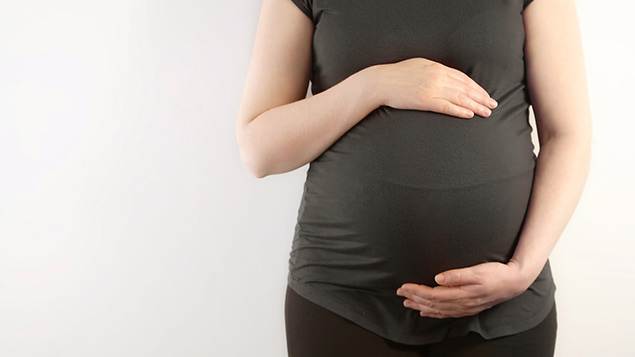 As many as 390,000 female workers a year have a “negative or possibly discriminatory” experience during pregnancy and maternity leave, or on their return.

This is according to new research which surveyed thousands of mothers and employers. Three out of four mothers surveyed (77%) said they had a negative or possibly discriminatory experience at work.

The research, commissioned by the Government and the Equality and Human Rights Commission (EHRC), found that two-thirds of mothers (68%) submitted flexible working requests, around three-quarters of which were approved. But just over half (51%) of mothers who had their request approved said they felt it resulted in negative consequences.

In a joint statement, women and equalities minister Nicky Morgan and business secretary Sajid Javid said: “It will take coordinated action from the Government, the EHRC and business at all levels and of all sizes, as well as stakeholders, to truly tackle pregnancy and maternity-related discrimination in the workplace and stamp it out for good.

“The Government is committed to working with everyone to take forward the actions outlined in the government response.”

Jo Swinson commissioned the research in 2013 when she was employment relations minister. Now chair of campaign group Maternity Action, she said: “The research uncovers very high rates of pregnancy discrimination in the workplace compared with 2005, which should set alarm bells ringing for government and employers alike.

“When I commissioned this research, the aim was to gain a clear picture of the situation so appropriate steps could be taken. Now that we know the shocking scale of the problem, the Government needs to take swift action to better protect women in the workplace.”

The majority (84%) of employers said it was in their interests to support pregnant women and those on maternity leave, because it increased staff retention (58%) and improved morale (20%).

However, 28% said that enhanced protection from redundancy during ordinary maternity leave was unreasonable, of which 13% said it was difficult to facilitate.

Caroline Waters, deputy chair of the EHRC said: “We simply cannot ignore the true scale of the hidden discrimination that working mothers face. This is unacceptable in modern Britain, and urgent action is needed to ensure women are able to challenge discrimination and unfairness.

“This is why we are calling on the Government to look at the barriers working pregnant women and mothers face in accessing justice.”

The Government accepted many of the EHRC recommendations around improving communication and guidance, but rejected making changes to the tribunal fee system to ensure that fees are not a barrier to accessing justice for women experiencing pregnancy and maternity discrimination.

Since the introduction in July 2013 of tribunal fees, the number of sex discrimination cases has dropped by 76% and pregnancy-related cases fell by 50%. But the Government said its review, announced in June 2015, is well underway and will report in due course.

It also rejected the EHRC’s call to increase the time limit for a woman to bring a tribunal claim in cases involving pregnancy and maternity discrimination from three to six months.

Now that we know the shocking scale of the problem, the Government needs to take swift action to better protect women in the workplace” – Jo Swinson

The Government said there is no evidence that there is a need to increase the time limit for a woman to bring a tribunal claim, adding that the existing statutory three-month time limit for bringing most claims had some inbuilt flexibility – it is not a rigid time limit.

Dianah Worman, diversity adviser at the CIPD, commented: “The findings of this rigorous research are shocking and should send alarm bells ringing across the business world. It shows many employers need to rethink how they recruit, retain and develop female talent.”

She added: “Lazy management which both overtly and covertly stops this from happening by imposing a baby penalty against pregnant women and those returning to work after they have had children is short-sighted and regressive.”

This was the largest research project of its kind in Great Britain with more than 3,000 mothers and 3,000 employers taking part.