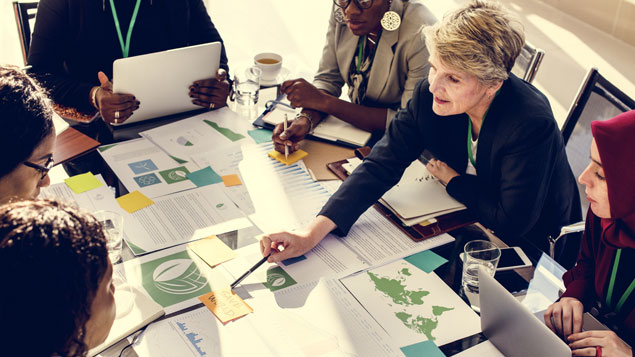 The number of women in executive positions at FTSE 350 companies has flatlined, suggesting that organisations face a significant challenge if they are to meet the government’s target for 33% female board representation by 2020.

Two separate reports from Cranfield University and consultancy The Pipeline found there has been little progress on gender diversity among the UK’s biggest companies in the last three years.

Report pinpoints how to accelerate flexible working and gender diversity

According to Cranfield University, 22 companies in the FTSE 100 have at least one female executive, the same figure as 2015, while the number of female executive directors increased only marginally from 24 to 25.

Despite this finding, which was published in its Female FTSE Board Report, every company in the FTSE 100 has at least one female director. The number of female directors increased to 305 in 2018 from 294 last year, meaning that women represent 29% of all FTSE 100 directorships.

“Now, more than ever, is the time for disruptive change,” said Sue Vinnicombe, professor of women and leadership at Cranfield School of Management. “We need to think big and act decisively in order to move the needle.

“FTSE 350 companies need to treat gender diversity as seriously as they treat sales, risk management and innovation, otherwise nothing will change.”

Diageo topped the list for boardroom gender diversity, with women making up 55% of its board. It has six female directors.

Mairead Nayager, chief human resources officer at Diageo, said: “At Diageo we firmly believe that diverse and inclusive businesses perform better, so I am very proud that we are once again at the top of the Cranfield Female FTSE Board Report.

“This year our board achieved gender parity, our executive committee is made up of 40% women and we have ambitious goals to increase the number of female leaders across our business.”

The Pipeline’s Women Count 2018 report suggested that CEOs must take charge of diversity if they are to meet the target for 33% of FTSE 350 organisations’ executive committee members and their direct reports to be women by 2020.

The report said: “CEOs must take ownership and lead from the front, with hard actions matching warm words. Companies must take risks on women with potential, as they currently do with male colleagues.

“Women should be encouraged by transparency on roles and targets; in particular, FTSE 350 companies should place the 33% target for women on executive committees by 2020 on their risk register,” it said.

Cranfield University’s report argued that function heads – such as HR directors or communications directors – should be considered for board roles as they represent a pool of talent that is often overlooked. Traditionally, such roles were seen as too narrow for board representation.

It also suggested that businesses should recognise that men and women express leadership aspirations in different ways, to ensure both genders are given an equal chance to step up.

Dr Elena Doldor, senior lecturer at Queen Mary University and visiting fellow at Cranfield School of Management said: “Our interviews show that men and women have different experiences of progressing into senior leadership roles. Developmental organisational cultures and sponsors were critical to the career progression of the senior women we interviewed.

“If companies are serious about developing the female executive pipeline, they should ensure that their organisation truly enables talented women to flourish as leaders.”