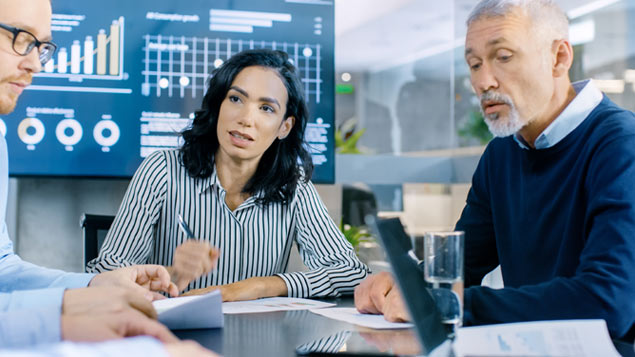 The UK’s biggest companies are being urged to keep up the pace to meet the 33% target for women on boards by next year, but there remains four all-male boards in the FTSE 250.

New figures released by the Hampton-Alexander Review show that although FTSE 100 organisations are close to hitting the target, with 32.1% of their board positions held by women compared with 12.5% in 2011, FTSE 250 firms are some way off with women in 27.5% of positions.

Investor votes down appointments in firms that lack gender diversity

Across the FTSE 350, women represent 29.1% of board positions, up from 26.7% since the last Hampton-Alexander report in November.

But 14 FTSE 350 companies – including We Buy Any Car owner BCA Marketplace, Selco Builders Warehouse parent Grafton Group, and Utility Warehouse owner Telecom Plus – still have only one woman or less on their board.

Sir Philip Hampton, chair of the government review that set FTSE 350 organisations a target of having women in a third of senior leadership and board positions by 2020, said: “The FTSE 250 is working hard to catch up but still too many boards have only one woman and remarkably today there are four all male boards in the FTSE 250.

“We are expecting to see good progress in the number of women appointed into senior leadership roles this year, with those companies having worked hard for several years exceeding the 33% target and reaping the benefits.”

In March Sir Philip and the Investment Association, which represents investment managers, wrote to 69 FTSE 350 companies that had fallen short on board-level gender diversity. Since then 20 have appointed women.

Some investors have begun insisting on gender diversity in leadership. Last year Legal & General Investment Management voted against the election of more than 100 chairs because the organisations involved had failed to appoint more women onto their boards.

Chris Cummings, chief executive of the Investment Association, said: “Investors want to invest in businesses that demonstrate they are diverse and inclusive because this leads to better decision-making and avoids group think.

“It is especially disappointing that 14 companies are still falling so far short of shareholder expectations by having just a single woman on their board. Adopting this ‘one and done’ attitude is not good enough, and investors expect companies to up their game and explain clearly how they will set this right going forward.”

Business minister Kelly Tolhurst said she wanted to see companies “do all they can” to increase the number of women in leadership positions further.

“Diversity makes good business sense and those who fail to see this as a priority are missing out on the benefits that diverse leadership brings,” she said.