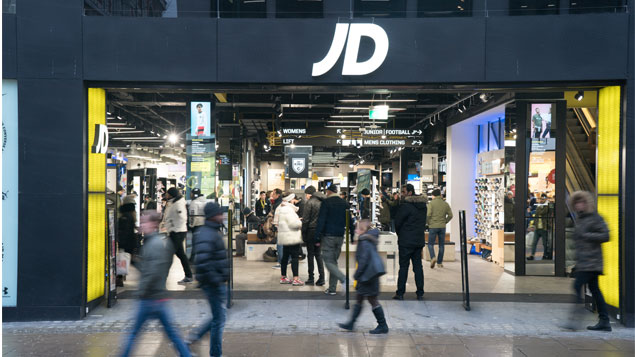 JD Sports Fashion is one of the public companies that the Investment Association has written to.
Richard Gray/Empics Entertainment

Dozens of FTSE 350 organisations, including household names such as Domino’s Pizza, JD Sports and Greene King, have been urged to improve female representation on their boards after it emerged a fifth were falling short on gender diversity.

The Investment Association, which represents UK investment managers, and Sir Philip Hampton, who led the government-backed Hampton-Alexander Review, have written to 69 companies, asking them to have women in 33% of board-level roles by 2020.

Sixty-six of the companies have only one women on their boards, while the remaining three have no women at all.

The Investment Association (IA), whose membership manages more than £7.7 trillion in assets and around 34% of the UK stock market, said it was unacceptable that some of the UK’s biggest organisations were still failing on gender diversity.

Chief executive Chris Cummings said: “Companies must do more than take the tokenistic step of appointing just one woman to their board and consider that job done.

“There is also compelling evidence that boards with greater gender balance outperform their less diverse peers.”

The letter informs them that investors “see gender diversity as a critical issue for ensuring the long-term success of investee companies”.

It says: “IA members are scrutinising the progress companies are making towards the targets of the Hampton-Alexander Review and these new provisions of the [UK corporate governance] code.

“They are increasingly using their engagement and voting tools to encourage companies to reach these targets. In particular, many investors are holding members of the nomination committee responsible for lack of progress.”

The Hampton-Alexander Review set all FTSE-listed firms the task of appointing women to a third of all board-level roles by the end of next year. A progress report last November, two years after the review was published, claimed that more than 100 FTSE 350 organisations had achieved or exceeded this target.

Last year Legal & General Investment Management, one of the biggest investors in the UK stock market, said it would vote against the re-appointment of chairs in FTSE 350 organisations if women did not make up at least 25% of their board.

Rachel Reeves, chair of the Business, Energy and Industrial Strategy, said: “It’s clear that some old-fashioned attitudes to the role of women in the workplace still linger in some of the boardrooms of our biggest companies.

“The role of investors is important here too and they need to assert themselves to ensure that diversity is reflected more visibly at board level.”

More than 330 financial services companies – including Lloyds Banking Group, HSBC and Legal & General – have signed up to a voluntary charter to commit to improving female representation in the sector. Eighty-six per cent of signatories to HM Treasury’s Women in Finance Charter have either increased or maintained the proportion of women in leadership positions.

The Treasury’s economic secretary John Glen said long-lasting change will only be achieved with consistent action from all organisations, “Gender equality is not just a moral imperative, it’s also better for employees and better for business. Which is why it’s vital that we see conversations on gender diversity taking place across the financial sector.”

One Response to FTSE 350 firms risk investor disquiet over diversity