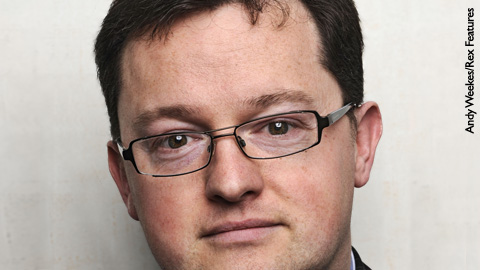 The former head of an NHS trust last week described the culture of the health service as one of “fear and oppression” that is “driven by the top”. Jo Faragher looks at the culture of confidentiality in the NHS.

It was arguably very brave of Gary Walker – a sacked NHS whistleblower – to speak out about his employer on the BBC’s Today programme. Lawyers representing the United Lincolnshire Hospitals NHS Trust, where he used to be chief executive, had written to him threatening that if he went ahead with the interview, he would be in breach of a compromise agreement and that he might be forced to repay the settlement he had received as well as the Trust’s legal costs.

He claims that nearly two years ago he was forced to sign a compromise agreement on the understanding that he did not discuss the issues he had dealt with concerning patient safety at the Trust. He was paid around £500,000, according to reports, a sum he needed to accept because he feared he would never find future employment and needed to support his family.

This story first made news in 2011. Walker, pictured above, had been sacked the previous year on grounds of gross professional misconduct, the reason given that he swore in meetings. But Walker alleges that the reason behind his departure was far more complex – that because he made the decision to ignore government targets for non-emergency operations as there were more urgent cases to attend to, he was cornered into resigning from his post.

He told the Today programme last week: “We were put under pressure to meet the targets ‘whatever the demand’. It was a dangerous thing to be saying.” He adds that senior executives at the beleaguered Mid Staffs Health Authority must have faced a similar dilemma, yet a public inquiry has found that up to 1,200 people died needlessly in the authority’s hospitals between 2005 and 2009. He wasn’t prepared to take that chance on patient safety, so ignored his superiors’ wishes to prioritise targets.

“This is wider than just unlawful compromise agreements,” he told the BBC. “This is a culture that’s driven by the top. This is a culture of fear, a culture of oppression – of information that’s either going to embarrass a civil servant or embarrass a minister. And if you consider that the people that have been running the NHS have created that culture of fear, they need either to be held to account or new people need to be brought in to change that culture.”

Walker’s case has certainly attracted supporters. Stephen Dorrell, chair of the Health Select Committee, described the gagging culture in the NHS as “fundamentally wrong”, and the health secretary Jeremy Hunt has since warned NHS trusts against a “defensive culture”.

Usually it is medical staff, not chief executives, who become the subject of gagging clauses, and it is the prospect of not getting another job that forces doctors and nurses to sign them. As Walker pointed out in his interview: “If you’re a doctor, where else can you work?”

Sian Thomas, who was a director for NHS Employers and has held HR director posts at two NHS trusts, believes that concerns around future employment prospects are not always the reason behind people feeling they can’t speak out. She told Personnel Today: “If you look back to the inquiry into babies dying at Bristol [Royal Infirmary] in the 1990s, you’ll find that the nurses who spoke out then weren’t thinking about their careers.”

Thomas, who now works for Deutsche Bank, adds: “It’s more of a leadership issue that we should be focusing on. If the leadership creates the right culture where people are not afraid to speak out, then everyone becomes accountable. Accountability needs to be built into the culture at all levels.”

Prof David Lewis of Middlesex University, who is also convenor of the International Whistleblowing Research Network, questions the reasons why NHS Trusts’ lawyers would seek to gag employees through compromise or non-disclosure agreements when they are not enforceable by law: “Gagging agreements are effective from an employer’s point of view because people truly believe they can’t disclose anything about their employer, but the legislation dictates that compromise agreements should not include these clauses.”

Prof Lewis is referring to s.43J of the Employment Rights Act, which “applies to any agreement between a worker and his employer (whether a worker’s contract or not), including an agreement to refrain from instituting or continuing any proceedings under this Act or any proceedings for breach of contract”. In short, it renders any “gagging clause” in a contract void in order to protect employees when making disclosures in the public interest.

So in many cases, as with Gary Walker, the concern for the person doing the “whistleblowing” is not the breaking of the agreement itself, but that they will be forced to pay back any settlement made – something that could be a matter of financial survival for those involved. If Walker is faced with paying back the £500,000 he was given in 2011, pressure groups may force the NHS to stop this happening because of his high profile and the issues he has brought to light by speaking out. But others who have signed similar clauses, in less senior roles and considerably smaller settlements, may not have the same good fortune.

Dorrell has called for a “requirement to change the culture within the health service [so] that workers are not merely allowed to, but are encouraged to raise concerns”.

But Prof Lewis believes organisations where fear of speaking out is so entrenched need to take a far more radical approach. “You have to start again at the very top of the organisation,” he says. “You need to say ‘what happened in the past will not happen in the future’. That people will be recognised and rewarded for whistleblowing rather than losing their jobs.”

Something similar has recently happened in the private sector, where Barclays’ new chief executive Antony Jenkins announced: “We cannot change the past, it is about moving forward and building the future.”

Unfortunately, the very nature of gagging clauses means that the full extent of this anti-whistleblowing culture in the NHS is unknown. That said, HR professionals are in an opportune position to help kick-start a culture change where speaking out about concerning issues is rewarded rather than punished – and not just in the NHS.

For more information, read our legal opinion article on this topic.