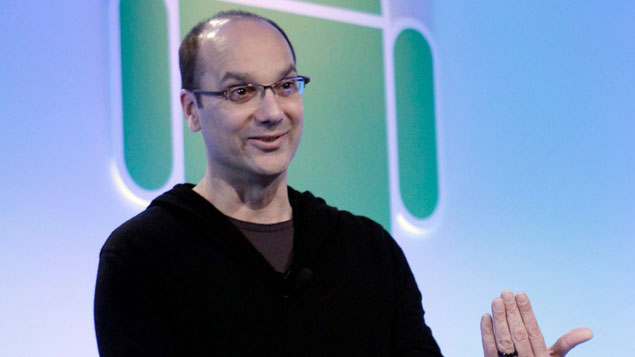 Google has dismissed 48 people – including 13 senior managers – over claims of sexual harassment in the past two years.

Responding to claims that Rubin received a $90 million (£70.2 million) pay out when he left the technology giant in 2014, the letter said dozens of staff had been dismissed for sexual harassment and had not received an exit package.

Claims of inappropriate behaviour by Rubin had been reported previously, but the nature of the allegations and Google’s response to them has just come to light.

The New York Times yesterday reported that Rubin was asked to resign when the company found a female employee’s complaint about a sexual encounter with Rubin in a hotel room in 2013 was true.

Two unnamed Google executives informed the newspaper about the investigation and the subsequent pay out, but Google has not confirmed this.

On Twitter, Rubin said: “The New York Times story contains numerous inaccuracies about my employment at Google and wild exaggerations about my compensation. Specifically, I never coerced a woman to have sex in a hotel room. These false allegations are part of a smear campaign to disparage me during a divorce and custody battle. Also, I am deeply troubled that anonymous Google executives are commenting about my personnel file and misrepresenting the facts.”

Pichai and Naughton’s letter read: “We are dead serious about making sure we provide a safe and inclusive workplace. We want to assure you that we review every single complaint about sexual harassment or inappropriate conduct, we investigate and we take action.”

It added that it provides confidential channels for employees who experience or witness harassment, and “supports and respects” those who speak up about inappropriate behaviour.

Google has also updated its policy to ensure that all senior staff disclose any relationship with a co-worker, regardless of whether they report into them or not.

Liz Fong-Jones, a Google engineer, told the New York Times that the company’s response was not enough. “When Google covers up harassment and passes the trash, it contributes to an environment where people don’t feel safe reporting misconduct.

“They suspect that nothing will happen or, worse, that the men will be paid and the women will be pushed aside,” she said.

Last month a survey by law firm Slater and Gordon found that 37% of women in the UK have been sexually harassed at work over the previous 12 months, while 39% had witnessed a colleague being harassed.