By Laura Chamberlain on 11 May 2012 in Economics, government & business, Department for Business, Energy and Industrial Strategy (BEIS), Latest News, Job creation and losses 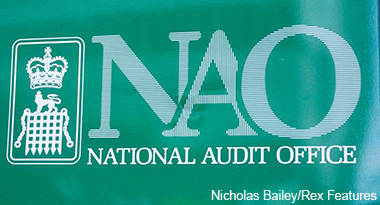 The National Audit Office (NAO) has said that the Government’s Regional Growth Fund, which was set up to support growth and boost private-sector employment, has not delivered “value for money”, with some of the jobs generated expected to cost more than £200,000 each.

Last year, private-sector organisations were given the opportunity to bid for funding for projects that would boost growth and create jobs, particularly in areas that were dependent on the public sector.

However, a report from the NAO has found that the Government had allocated a “significant proportion” of the £1.4 billion fund to projects that offered a relatively small number of jobs for the money invested.

Although some jobs were found to offer better value, at a cost of less than £4,000, the NAO said that there had been scope to generate more jobs with the money awarded through the fund.

Overall, the NAO estimated that the bids from the first two rounds of the fund could create or safeguard 328,000 jobs over the projects’ lifetimes.

However, it said that the majority of these jobs would not be created directly by the projects supported by the fund, with around 80% expected to be created indirectly, for example through the knock-on effects in companies’ supply chains.

Amyas Morse, head of the NAO, said: “The Regional Growth Fund, which was set up to support growth and jobs in areas that rely on the public sector, could result in 41,000 additional jobs.

“However, some of the funding was allocated to projects that offered relatively few jobs for the money invested. To achieve better value for money, the Government should develop more challenging targets for the number of jobs projects should generate relative to their cost.”

Despite the criticism that the fund does not deliver value for money, the Government has defended the scheme, arguing that the NAO report shows that it is having a positive effect.

“It shows that the fund is set to create and protect 328,000 jobs for people in communities that need the most support and help companies grow. It shows that our processes are robust, competitive and un-biased. It shows that we chose to support the highest-quality bids offering best value for money.”

Cable added that the Government has already put in place some of the NAO’s recommendations, such as increasing the administrative resources available to get projects up and running more quickly.

For more recruitment-related information, see XpertHR’s content on the topic.