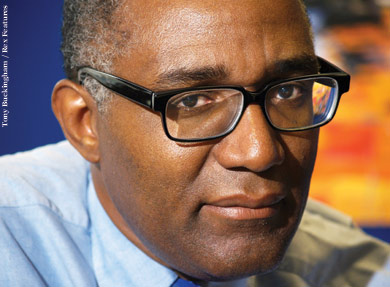 The Government will fine the Equality and Human Rights Commission (EHRC) if it fails to show that it has spent taxpayers’ money wisely, under reforms proposed today.

Launching a consultation into the commission’s future, home secretary and minister for women and equality Theresa May said that the EHRC had struggled to deliver across its remit since it was created in 2007.

“We want the EHRC to become a valued and respected national institution, championing effective implementation of equality and human rights laws and holding government and others to account for their performance, while delivering maximum value for money for taxpayers,” said May.

The EHRC took over the responsibilities of three previous organisations: the Commission for Racial Equality, the Equal Opportunities Commission and the Disability Rights Commission. But the Government is seeking clarification of the body’s role, describing its functions, as laid out in the Equality Act 2006, as “vague”.

For example, a duty to promote the importance of equality and diversity has led to the EHRC undertaking activities, such as running summer camps for young people, that are not regulatory in nature.

EHRC chair Trevor Phillips said that the commission had begun its own review of its role 18 months ago, before October 2010’s review of quangos by the Government.

“Our priorities reflect changes in the equality landscape and the evidence we have been gathering about where our work is most needed, such as those identified in our review of equality How Fair is Britain. We are confident that this will allow us to deliver maximum impact and value for public money.

“While it is too soon to comment on the Government’s proposals in detail, we are concerned that the removal of our good relations mandate may prevent us from being able to do many practical things at a time when community relations are under particular strain,” said Phillips.

Further details of the Government’s proposals are available here. The consultation closes on 15 June 2011.