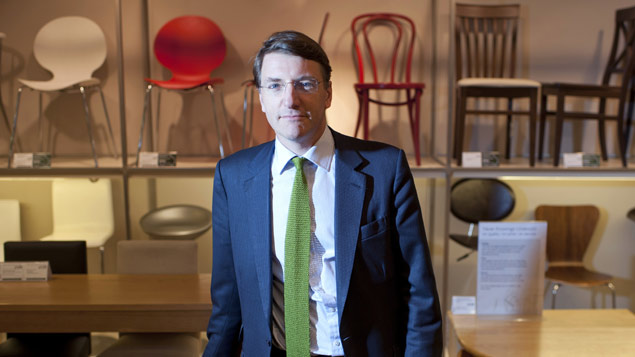 One announcement from Wednesday’s Autumn Statement that could have an impact on employers was the proposal to invest £13 million in an initiative that boosts management skills.

Why it’s crucial to develop leaders at all levels

The pledge came as part of a series of announcements aimed at boosting the UK’s lagging productivity, a central part of which will be a new National Productivity Investment Fund – worth £23 billion over the next five years.

Hammond said the UK’s productivity gap was “shocking” and needed to be improved in order to deliver a “high-wage, high-skill economy that will deliver higher living standards for working people”.

Ian Brinkley, acting chief economist at the CIPD, said the promised investment was “a crucial step forward in cracking the UK’s productivity puzzle”.

But he warned that constantly changing policies around apprenticeships and other skills programmes threatened to undermine its positive intentions.

He said: “Attempts to improve workplace productivity will continue to be undermined without fundamental changes to skills policy, particularly in relation to apprenticeships, lifelong learning and adult skills provision.”

Ann Francke, CEO of the Chartered Management Institute welcomed the announcement: “The Chancellor’s £13 million pledge for Sir Charlie Mayfield’s to support firms’ management skills shows that as a nation our businesses too are only just about managing (JAM),” she said, referring to an acronym popularised in the run-up to the statement to low-income families.

“Currently, only one in five businesses invest in management skills. The Chancellor’s comment signals that we need world-class management and leadership to close the gap with our G7 competitors.”

How the Government’s investment in the Productivity Leadership Group will be spent is yet to be confirmed.

It was formed in 2015 to look into ways UK businesses could improve productivity, with a key focus on measurement.

In describing it mission, it says: “Our research shows that for many businesses, ‘productivity’ is not enough of a priority; many businesses don’t measure it, and, when asked, most businesses say they are above average in terms of performance. Yet we trail our international competitors.

“We are developing an approach that is simultaneously practical, engaging and ambitious to support business improvements.”

It has so far created seven business leadership groups focused around different industries such as digital, creative and manufacturing.

The group is also developing a “business marketplace” where businesses can find resources such as case studies and video guidance.

In July Mayfield, who is also chair of the UK Commission for Employment and Skills (UKCES), announced the findings of the Productivity Leadership Group’s research into factors that would help to raise productivity.

It found that two-thirds of employees work in companies where productivity levels are below what’s expected of businesses of that size, and in that sector.

A 10% improvement in productivity, he added, could contribute more than £100 billion in extra value to the UK economy.

However when it comes to salaries, one organisation predicted that wage growth could be entering its worst period since World War Two.

The Institute for Fiscal Studies said employees could expect more than a decade without real-terms wage growth.

IFS director Paul Johnson said that lower wage growth and higher inflation over the next five years meant that real wages would still be below their 2008 level in 2021.