By Jo Faragher on 21 Apr 2016 in Employment law, Trade unions 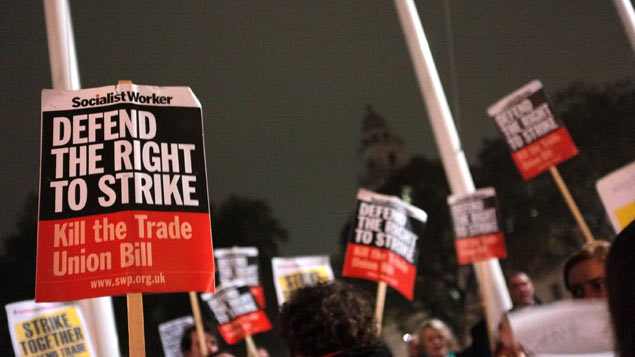 The Government has had a change of heart over plans to stop workers paying for their trade union subscriptions through wage deductions.

Last August, ministers announced that they intended to abolish this practice, known as the “check-off process”, as part of the forthcoming Trade Union Bill.

Trade Union Bill before the House of Lords

Union leaders argued that abolishing check off would make it more complicated for members and potentially lead to a loss of funds.

Lord Bridges of Headley announced a “pause” in plans this week, and the proposal to remove check off when the Bill goes through its next reading in the House of Lords will be removed.

He told peers: “Arguments have been made with considerable vim and vigour that by ending check off and moving to direct debit, those on low pay and especially those who have payday loans might have to cease being trade union members or have to pay extra bank charges.”

He added that it had never been the Government’s intention to undermine the trade union movement, and the payment of subscriptions via salary deduction will continue, as long as the unions bear the administrative cost.

Fellow peer Lord Balfe, who led the parliamentary campaign against the move to abolish check off, said he was “delighted” with the decision.

“I think it was clear to anyone who looked at the detail that the Government’s proposals on check off stood to do considerable damage both to the unions themselves and to their members and potential members,” he said.

“I was particularly concerned about the impact on low-paid, mostly female workers, who stood to lose out on the protection and benefits of trade union membership.”

The TUC welcomed the Government’s change of heart. General secretary Frances O’Grady said: “Banning workers from choosing to pay union subs in a convenient way through their payroll would, as many have warned, damaged industrial relations and morale in key services.”

“While this is an important milestone, the TUC remains opposed to the Trade Union Bill in its entirety and will continue to push for further changes when it is debated again in the House of Commons next week.”

Dave Prentis, head of Unison, echoed this sentiment: “There’s much that’s wrong with the Trade Union Bill, but banning unions from using the check-off system to collect membership fees from employees in the public sector was among the most mean-spirited of all its proposals.”

“But thanks to a good deal of union campaigning behind the scenes, Unison and the TUC have built an effective coalition in the Lords that persuaded the Government a ban would be both unjustified and unnecessary.”