Half of employees ‘feel threatened by bosses’ 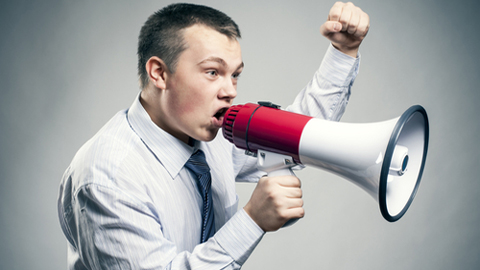 Almost half of employees (47%) say they feel threatened by leaders within their organisations, according to research published today.

The research, by development consultancy Head Heart + Brain, found that poor leadership skills have led many employees to feel “actively threatened” by their bosses’ behaviour.

The main employee groups affected were scientists, doctors and retail managers. Civil servants seem to be the most dissatisfied, however, with almost three-quarters (72%) saying that they felt the behaviour of their bosses made them feel threatened.

Head Heart + Brain said this was largely due to the significant ongoing change experienced in the civil service, which has heaped pressure on managers and employees.

Jan Hills, partner at Head Heart + Brain, said: “On the whole, UK leaders are failing to send out positive signals of reward to their employees. It is making organisations less productive and more resistant to change, something the UK cannot afford as it tries to drag itself out the economic quicksand created by the 2008 financial crisis.

“In the current economic climate, both business and public-sector leaders feel they have to run just in order to stand still. They are under immense pressure to make their organisations leaner while also improving performance. And pressure breeds threatening behaviour if it isn’t channelled in the right way. If it is managed in the wrong way, stress can gradually erode the quality of their leadership until it deteriorates to a disastrously low level.

“It creates a vicious downward cycle where productivity begins to suffer as the work force begins to feel increasingly threatened by brain-fried leaders.”

Hills claimed that bosses’ lack of leadership skills and their threatening behaviour are widening the productivity gap in the economy. Despite the positive employment statistics against a challenging economic backdrop, she said a lack of quality leadership is “neutering” the productive potential of the UK workforce.

She added: “The proportion of people in work is at its highest for more than 40 years, yet the economy is marooned in the longest period of economic stagnation seen for over a century – with little sign of it escaping until at least 2018. It’s a real puzzle. And a lack of quality leadership is one of the biggest pieces missing.”

For more on leadership training and development, see Personnel Today’s free buyers’ guide on the topic.