A sombre reality check for the UK jobs market 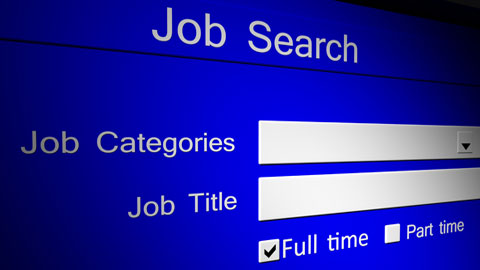 Baroness Thatcher’s funeral meant that fewer eyes than usual were directed at this month’s official labour market statistics, which were released today. Sadly, they haven’t done anything to lift the funereal mood, says John Philpott.

After a period of remarkably strong job growth, 2013 was always likely to be a tougher year for the UK labour market – and today’s triple whammy of bad news delivers the inevitable reality check. Job growth has stalled, with the number of people in work having fallen slightly by 2,000 in the December to February quarter compared with the previous quarter. Unemployment on the headline survey measure has risen sharply – by 70,000, although the number of people on Jobseeker’s Allowance fell by 7,000 in March.

Meanwhile, people in work are not only suffering a real wage squeeze but also seeing barely any improvement in the cash value of their earnings. The rate of growth in total pay has fallen from 1.2% to 0.8% (from 1.3% to 1% for regular pay, excluding bonuses) compared with consumer price inflation at 2.8%. We haven’t seen such weak nominal pay growth in more than a decade of comparable data.

This rash of bad news doesn’t necessarily mean we are facing a further ongoing surge in joblessness. While the unemployment rate has increased to 7.9%, most forecasters expect a peak of around 8.2% later this year. But what looks like the end of the jobs boom does demonstrate that simply relying on people to price themselves into work cannot guarantee continued employment growth in an economy still experiencing a serious lack of demand.

The net fall in employment is due mainly to fewer unpaid family workers and those employed on government schemes. By contrast, the number of employees grew by 22,000. Moreover, the rise in unemployment is driven by an increase of 68,000 in the size of the total workforce. Even so, what’s clear from the latest figures is that sectors dependent on discretionary consumer spending or public subsidy – notably hospitality, the arts and entertainment – are beginning to shed jobs, while the impact of public-sector downsizing has cut the number of admin and support jobs and jobs in education.

In a reverse of the pattern seen in 2012, it also looks as though the jobs market has taken a particular turn for the worse in England, with London experiencing a marked reverse following the Olympic jobs boost. Scotland and Wales saw falls in unemployment.

Overall, today’s figures are in line with what I expected at the turn of the year. They are bad, especially relative to the surprisingly good news of last year, but maybe economic policy debate will benefit from this dose of sombre reality.

John Philpott is the former chief economic adviser at the Chartered Institute of Personnel and Development and director of independent research organisation The Jobs Economist.

For more on the labour market, sign up to receive Personnel Today’s recruitment and resourcing e-newsletter.