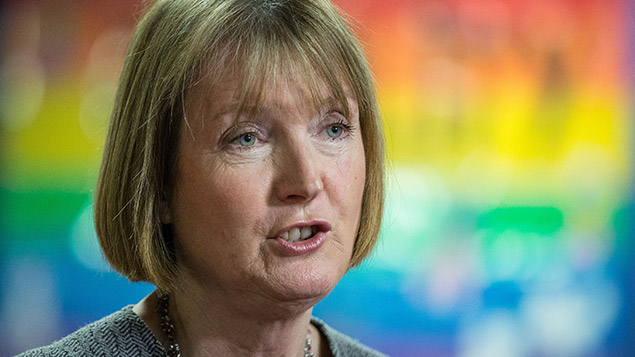 The Labour Party would implement the dual discrimination Regulations in the Equality Act if it returned to government, its deputy leader Harriet Harman has said.

Harman made the pledge at a seminar last week launching a TUC report into older women in the workplace. She said that reintroducing the provisions, which were dropped by the coalition Government when the Equality Act came into force, would help address both age and sex discrimination that is facing older women.

Harman added that many older women are being “pushed nearer and nearer the exit door” despite their experience and knowledge.

What is dual discrimination?

If enacted, s.14 of the Equality Act 2010 permits discrimination claims based on a combination of two protected characteristics – for example, sex and age. Crucially, a claimant would not need to establish that a claim of direct discrimination in respect of each protected characteristic would be successful if they had pursued them separately. If an older female television presenter believes she is getting less work because she is an older woman, she may struggle to win a sex discrimination claim because her employer could point to a plethora of female TV presenters. She may also struggle to win an age discrimination claim as her employer could point to plenty of older TV presenters. Section 14 would make it easier for her to establish less favourable treatment by comparing herself to older male TV presenters.

When asked by Personnel Today what steps HR could take in this area, Harman said that older women should be part of HR decision-making.

“Do not have an HR department that does not contain people with experience of these issues,” she said.

“We need older women in the boardroom and at all stages of the decision-making process.”

In its report Age immaterial: Women over 50 in the workplace, the TUC found that the gender pay gap for full-time women over 50 is twice the gap experienced by younger women.

Almost half of women over 50 work part time and more than half of these part-time workers earn less than £10,000 a year.

Many women over 50 have multiple, extensive caring responsibilities, the TUC reports. Almost half (49%) care for at least one of their parents, while one in five (21%) look after their grandchildren.

“So much of this comes down to culture in the workplace, but culture that is driven by line managers,” TUC assistant general secretary Kay Carberry said at the seminar.

The TUC is calling for a “radical rethink of workplace culture” regarding how older women are treated at work, including:

Carberry said: “This generation of women has been let down. We were the women that entered the workforce in the 1970s and 1980s and we were the first to benefit from equal pay and maternity leave. But women came back to work struggling to find flexibility at work. After decades of hard work these women have been short-changed. We’re determined to make sure that they get a better deal at work.”

Have all the provisions in the Equality Act 2010 been in force from October 2010?

Su Patel, a representative for retail union Usdaw, described situations where older women had been denied minor flexible working adaptations and had instead been advised to retire. For example, a 60-year-old woman working in a kiosk who was refused a stool to sit on during quiet periods because it would not “look professional”.

Patel added that many retailers had insufficient HR support to deal with these issues and that there were not enough HR people with the right training and understanding of flexible working policies.

One Response to Harriet Harman would bring back dual discrimination concept