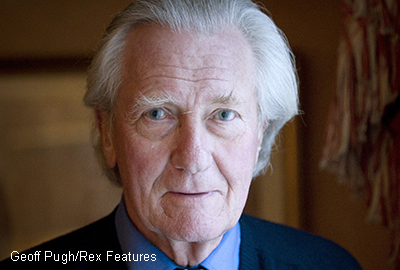 A new report by former Deputy Prime Minister Lord Heseltine marks out a much greater role for employers in educating young people and making them ready for the workplace.

The report, No stone unturned in pursuit of growth, commissioned by Chancellor George Osborne, has challenged the Government to take bolder action to stimulate economic growth. Among its 89 recommendations are several suggestions as to how employers can work more closely with training providers and schools at a local level to ensure that the skills young people develop are relevant and targeted.

Conservative peer Lord Heseltine believes that business engagement needs to be entrenched far deeper into the school curriculum than it is at present, increasing pupils’ understanding of business and their own employability. He suggests that schools should be required to recruit at least two representatives from “influential” local employers on to their board of governors, and work more closely with local chambers of commerce on developing pupils’ experiences of the world of work.

The report says: “Where [business involvement with schools] is sustained and systematic, it delivers tangible improvements in outcomes for schools. Evidence shows that young people who have experienced employer engagement activities, such as work experience, are five times less likely to end up outside education, training or employment.” Lord Heseltine also indicated his support for the new destinations measures index, which tracks the employment destinations of school leavers.

With regard to government activity around apprenticeships, Lord Heseltine said that too much funding was focused on older staff (over the age of 25) who already worked for their company, rather than attracting younger people into a business to learn a skill. He also criticised a tendency for apprenticeship courses to be demand led, rather than targeted at areas of skills shortage, leading to a surplus of trained staff in certain areas.

The report calls for the skills development system to be more responsive to local employers’ needs, and recommends that apprenticeship funding be devolved locally, rather than managed centrally (as it is by the Skills Funding Agency). Heseltine points to Switzerland as an example, where the 26 local cantons implement their own local skills training programmes and two-thirds of young people opt for this career route.

The British Chambers of Commerce (BCC) welcomed the recommendations. John Longworth, BCC director general, said: “Lord Heseltine is right to highlight the fact that the education and training system doesn’t currently deliver to employers’ needs. Chambers of commerce stand ready to link employers to local schools and other training providers to ensure that British businesses can compete globally.”

Higher education also needs to work more closely with employer organisations, according to Lord Heseltine’s recommendations, which also call for greater focus on ensuring courses are developed in collaboration with industry.

Lord Heseltine levelled fierce criticism at the coalition Government for not doing enough to stimulate growth and develop skills. “Our ability to create wealth has suffered. Each day, more and more of the leading economies are enhancing their skills, adding to their strengths and grasping larger shares of the world’s wealth,” he said. “But successive Governments have failed to set out a comprehensive long-term implementation strategy to turn thought into practice.”

Business secretary Vince Cable said in response to the report: “Lord Heseltine’s independent report reflects his vast experience of government and business. It raises a number of important and cross-cutting issues that impact on the Government’s ability to interact effectively with business throughout the country. That is precisely why the Chancellor and I asked Lord Heseltine to conduct this root and branch review, and I thank him for it.

“A few weeks ago, I set out my own plans for a long term industrial strategy, based on government and industry working together in partnership in those areas where we can be world leaders. Lord Heseltine’s findings show where government can improve its performance in delivering better interventions. We will now need time to consider its numerous recommendations and will respond in the coming months.”