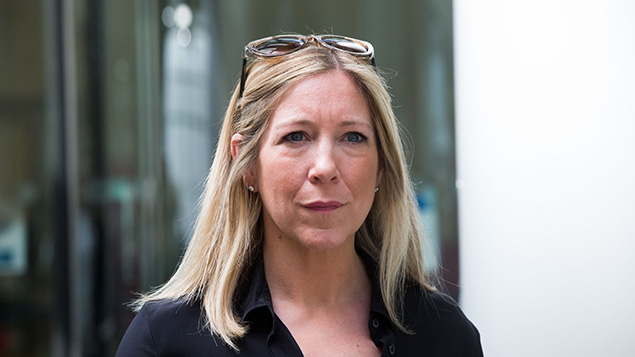 HMRC has won an IR35 tribunal case at the High Court against three BBC presenters who will now have to pay back tens of thousands in taxes.

David Eaves, Tim Wilcox and Joanna Gosling had all been deemed to fall under IR35 during a series of contracts with the broadcaster. HMRC had pursued the trio for £920,000 in unpaid taxes.

The High Court ruled that they had effectively been forced into contracting through personal service companies by the BBC, arguing that there was an “imbalance of bargaining power”.

The judges said: “The BBC were in a unique position and used it to force the presenters into contracting through personal service companies and to accept reductions in pay.”

The presenters argued that they were self-employed but the court ruled that because they were told how, where and when to work, that the “assumed relationships were ones of employment”.

The outcome of the case was a split decision resolved on a casting vote, and could now have implications for more than 100 other presenters who work for personal service companies and may now have to pay back years of taxes owed.

CEO of contractor legislation experts Qdos, Seb Maley, argued that it should be up to the BBC to settle, not the presenters.

He said: “It’s of real concern that at present, these individuals look like they will be made to pay vast sums to HMRC, despite the judges finding they were ‘forced’ into working as self-employed by The BBC. The onus should be on the engager to settle, not the presenters, who it’s very difficult to label as guilty.”

“With around 100 other BBC presenters in the same boat, we could see similar verdicts in time. However, each case needs to be examined on its own merit. And if it’s decided the BBC left someone with no choice but to work outside IR35, then these individuals must be helped financially.”

The BBC has acknowledged responsibility for the contracts and has said it will help to resolve the cases. Around £200,000 of the bill is employers’ national insurance, which the BBC will have to settle.

A statement from the presenters said: “The tribunal has found as a fact that we were forced into setting up personal service companies by the BBC. Furthermore, it found that the BBC knew that, in doing so, a tax risk and liability were passed onto us which they would otherwise have been responsible for – yet we were not made aware of these concerns.

“We have endured eight years of HMRC investigation and eventual determinations to reach this point on what is clearly a difficult and unclear subject even for judges. It has been a depressing and stressful period for each of us.”

It’s vital that HMRC now provides the greater clarity which is still needed to avoid others having to go through this ordeal.” – BBC spokesperson

A BBC spokesperson said: “We want to help presenters resolve any historic tax issues they face because of the way their employment status is now being assessed. We are reviewing the judgment and will work with each of the presenters to agree how we will help them.”

The broadcaster said it acknowledged its longstanding policy of engaging presenters through personal service companies where they were understood to be self-employed, and that it would support individuals but that HMRC needed to provide greater clarity on the rules.

It added: “We understand and regret the stress this has put people under, and have set out the principles of how we will help presenters in a way that is fair to the individuals involved, to HMRC and to licence fee payers.

“Recent hearings involving presenters from across the media industry have produced a range of outcomes and this split judgment further demonstrates the confusion of the tax system for those working in broadcasting.

“We have tried for a long time to agree a set of guidance with HMRC which gives certainty for the media industry. It’s vital that HMRC now provides the greater clarity which is still needed to avoid others having to go through this ordeal.”

Andy Chamberlain, deputy director of policy at the Association of Independent Professionals and the Self-Employed (IPSE) said the fact the case had taken eight years, only to be resolved on a split decision, showed how opaque the rules were around contractor status.

He said: “We will look at the judgement in detail but the uncertainty in the decision is likely to add to the chaos around this legislation. Recently, HMRC has lost the majority of these cases. There is little evidence that they or other experienced tax specialists are confident in how it works.

“We remain at a loss how the Treasury expects medium sized businesses to accurately apply IR35 to their contractors from next year when HMRC and tax judges struggle.

“These BBC cases are high profile but not typical of IR35 issues. Most involve freelancers and contractors working on innovation and productivity projects. Burdening business with the complexity of IR35 only damages the UK economy and the overall tax take. Instead the Treasury should focus on reforming our telegram-era tax code to be fit for the broadband age.”

HMRC published draft legislation in July that, from April next year, places the onus on private sector firms to check whether contractors need to pay tax and national insurance contributions, shifting responsibility from the contractor to the employer using their services.

These rules have been in place for public sector organisations contracting workers supplied through their own personal service companies (PSCs) since 2017.