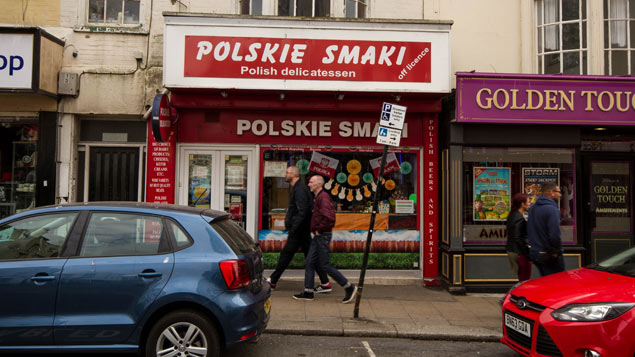 Poland’s ambassador to the UK is urging Polish nationals to “seriously consider” leaving the UK because of the problems some have encountered in achieving settled status.

Arkady Rzegocki said many Polish people with UK resident status did not realise they had to register to remain after Brexit and claimed “quite a lot” of people had issues in achieving settled status, even if they had lived in the UK for more than a decade.

Remaining in the UK after Brexit

He has written to the 800,000 Polish nationals advising them to return home after the UK leaves the EU on 31 October. He said living standards in the country were improving, providing a “very good opportunity to come back”.

The letter reads: “To date, around 27% of Poles living in the British Isles have applied for settled status.

“This is an alarmingly low level, meaning that thousands of Polish citizens may be exposed to complications related to the lack of regulating their status.”

The letter urged Polish nationals to “seriously consider the possibility of returning to Poland” and familiarise themselves with the information available on social benefits, finding employment and schools for children.

He told BBC Radio 4’s Today programme that he was concerned about the process of applying for pre-settled status because only 42% of people had received it.

“So it means that there’s quite a lot of people who have had some problem with receiving settled status,” he added.

The Home Office said 1.5 million of the 3.6 million EU citizens eligible for settled status had applied so far.

“Nobody applying to the EU Settlement Scheme has been granted pre-settled status without first being offered the opportunity to submit evidence that they qualify for settled status,” it said in a statement.

The EU Settlement Scheme has faced strong criticism by MPs, who earlier this year suggested that the lack of documentation and the complexities in applying for the status would lead to unnecessary and unlawful deportations of people who should be entitled to remain in the UK.

However, in an article written for Personnel Today, the then-immigration minister Caroline Nokes said it was only right that the UK’s scheme moved online in the same way as other immigration systems across the world.

“Let me be clear, our starting position is that we are looking for reasons to grant people status because we want everyone to receive the status they are eligible for,” she wrote.