How apprenticeships can revitalise businesses 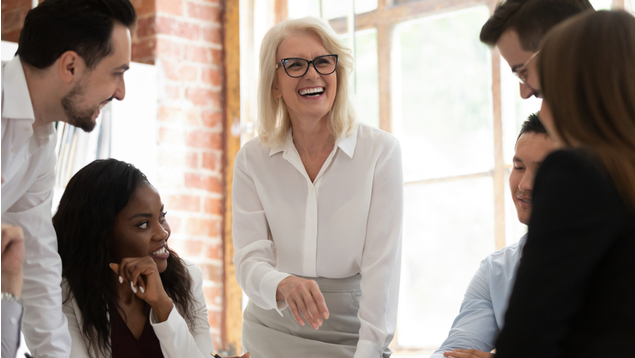 National Apprenticeship Week 2020 witnessed renewed optimism about the role of apprentices in the recruitment strategies of companies looking to the Brexit future, but challenges remain in combating stigma and myths and in enthusing schools. Adam McCulloch reports

“We needed to grow our business and knew that required bringing our talent in house” says Alison Galvin, HR director and co-founder of SaaS company Invotra, a firm that’s proud of its development of a truly progressive apprenticeship programme over the past nine years.

All Invotra’s developers were outsourced contractors; a scenario that was inhibiting the company’s ability to expand. And rather than compete with large companies hoovering up the best available talent the firm tried a different tack.

“We started looking at the market but soon realised we were competing with massive corporations in London. The market mainly targeted university graduates, leaving a skills gap for SMEs who needed talented young people with diverse modern skills. We decided to give apprenticeships a go; we took on our first two nine years ago and haven’t looked back since, with 24 past and present apprentices on our record.”

And five of those who have come through Invotra’s apprenticeship scheme now sit on the firm’s management team.

National Apprenticeship Week invites us to ‘look beyond’

As an SME, Invotra does not yet qualify as a levy payer but has recently signed up for the Digital Apprenticeship Service, taking advantage of the Education and Skills Funding Agency’s move to roll out access to non-levy paying employers. This will result in more funding.

Invotra’s success stems partly from the company founders’ imaginative vision for its future and belief in non-graduates. They also have ignored the myths surrounding apprenticeships identified by Sara Roberts, learning delivery director at learning organisation Avado.

She tells Personnel Today of her frustration at the idea that apprenticeship programmes are only available in manual industries such as engineering and manufacturing. Roberts says: “Today you can achieve an apprenticeship in every industry including media and fashion. In recent years, apprenticeships in creative industries have been on the rise and our research has witnessed the positive impact apprenticeships have on the diversity and culture in those workplaces.”

Nonetheless, a decline in the proportion of apprenticeships for lower level candidates since the levy was introduced in 2017 is a cause of concern.

For Galvin, the answer to this could lie in directing more energy towards colleges, schools and local businesses, which of course is what National Apprenticeship Week is all about. She says: “Numbers have dipped well below the talent attained before the new funding system was introduced and there has been a lower proportion of starts from younger apprentices. In my opinion, more focus should be aimed at schools, colleges and businesses to correct the situation.”

Roberts is keen to point out that the levy system is still new and needs to be given time: “It needs to settle within the market. Because the levy is only two years old, it is key for businesses to see through a full cycle of apprenticeships because, in reality, most apprenticeships that started two years ago would have only just finished.”

The rise in optimism over the benefits of apprenticeships was reflected this week by a report by GC Business Growth Hub, which found that in one region, Manchester, over half of manufacturing firms are employing apprentices and 40% are planning to recruit more apprentices this year.

The report quotes Paul Kingston, general manager for food processing company Cargill Manchester, who describes the progress of the firm’s 30 apprentices, some on to Cargill’s leadership scheme, in glowing terms: “Having a mix of people with 40 years’ experience and people with four weeks’ experience really energises the workplace, so being able to attract the younger generations is key for growth in this industry.”

“It needs to settle within the market. Because the levy is only two years old, it is key for businesses to see through a full cycle of apprenticeships” – Sara Roberts

Firms such as Cargill and Invotra, operating in completely different sectors and looking to develop completely different sets of skills, feel they are benefiting hugely from the apprenticeship scheme not only in terms of producing valued employees who are committed to the company training them, but in terms of culture: introducing younger people is seen as healthy and invigorating.

But if these benefits are to be fully realised, apprenticeships will need a far greater reach including in areas of low economic growth and relatively low incomes, says Alison Galvin: “People living in geographically isolated areas and in low economic areas where there is limited access to employers, both large and small offering apprenticeships, is an issue deserving far more attention.

There’s always more collaboration needed between schools and businesses to help close the skills gap but the issue here is that apprenticeships are still not regarded as a measure of success by schools” – Alison Galvin, Invotra

“When you factor in public transport access and costs, which vary significantly across the UK, a young person may be unable to afford their travel. This can decrease the opportunities of finding an apprenticeship, particularly ones in larger cities becoming inaccessible. Additional funding to help with transport and accommodation costs will help make them more accessible.”

National Apprenticeship Week saw the launch of a Mumsnet/Department for Education and Skills survey that revealed university was still the preferred route for most young people, despite wide recognition of the multiple advantages for many of apprenticeships over expensive academic courses. So are schools doing enough to change opinions and challenge stigma? Galvin feels there’s a lot to be done here: “There’s always more collaboration needed between schools and businesses to help close the skills gap but the issue here is that apprenticeships are still not regarded as a measure of success by schools,” she says.

And of course, careers advisers and parents play a key role: “Separately, more education to parents about the benefits of apprenticeships as a good alternative is needed; this needs to start from junior school so it can be embedded much earlier on. With more parental buy-in, they will be the driving force in the education system.”

Despite the challenges, employers’ traditional lack of enthusiasm for apprenticeships, says Sara Roberts, is being eroded, and with it the view that companies largely use apprenticeships as a way of reducing wage costs. As she says: “In many cases, apprentices are paid the same if not more than other permanent employees.” And, once again, the benefits for firms cannot only be measured in practical terms, she adds: “Apprenticeships drive cultural diversity in the workforce which is invaluable to employers.”