How HR is helping Metro Bank to buck the banking trend

By Peter Crush on 17 May 2013 in Working life, The HR profession 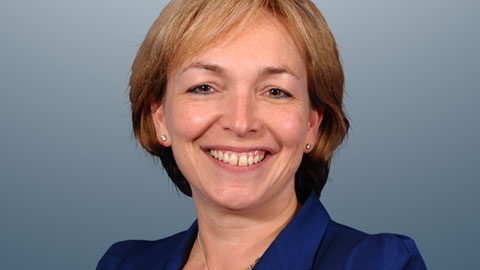 Employers in the finance sector have faced a tough time over the past few years, but Metro Bank aims to offer something completely different – to both its customers and staff.

Ever since Metro Bank first opened its doors in July 2010 – with dog bowls and treats for those with pets, baby-changing facilities for parents and magic money changing machines (coin-to-note converters that are free to use) – Britain’s first high street bank for more than 100 years has boldly aimed to be different.

A greeter welcomes visitors as they walk into its plush, marble-floored “stores” (they must never be called branches), and each of the 3,000 to 5,000 square feet units – which must have floor-to-ceiling glass for at least two of the walls – costs £2 million alone to furnish. Staff sit at airport-style check-in desks, with no security glass interrupting their dealings with customers. It couldn’t be less like a bank if it tried.

The right person for the right job

Not surprisingly perhaps, this is one bank that hasn’t been bashed by the critics. Back in 2010, around 1,000 new current accounts were being opened every week. Today that figure is between 10,000 and 12,000 a month, arguably partly thanks to the stores being open seven days a week. Its 18 stores will expand to 25 by the end of the year (including a Slough store with a “drive-thru” facility), and its target is to reach 200 stores by 2020. For HR director Danielle Harmer (pictured above), this means that her job is all about finding people. And not just any people, “superb” people.

“I knew my job would be hunting brilliant people and at pace,” says Harmer, who first came to the attention of the bank’s managing director Craig Donaldson back in 2009. “At the time, joining wasn’t right for me, but we stayed in touch – and a year later, when I was looking for a new role, I needed absolutely no persuasion whatsoever to move here.”

Because she has worked in banking all her life (having held HR roles at Halifax, HBOS, Lloyds TSB and immediately prior to Metro Bank she was responsible for the corporate functions in Barclays Retail and Business Banking), critics might argue she is the last person a new bank wanting a new way of working might need.

“I can see what you mean,” she says. “And yes, it could have been a problem, but I’ve never really been very ‘banky’. It’s been a shame seeing where the likes of Halifax have ended up, but I’m a retail fanatic. My banking experience is in retail, I understand how that works, and the task we face fits my skills perfectly. If the experience of other banks has taught us anything, it’s how they have fallen because they haven’t stayed close to customers. Here, I have the freedom to achieve our overriding aim – which is to create a brand based on unparalleled service and convenience.”

Harmer certainly talks with the exuberance of someone who’s had the weight of her previous years lifted off her shoulders. She mentions excitedly the “million small things” that make up the Metro Bank culture: everything from its “slice of life” people pictures on the walls to the free pens (“every other bank ties them down with string!”). She also praises the bank’s M-Factor (X-Factor-style) audition events to hire new recruits. These are people, she says, “who are hired because they can have a conversation with people”.

It could be easy to get a little lost in this euphoria, but what Harmer is really doing (with a British twist), is following the service mantra set by the bank’s chairman and founder Vernon Hill, the “US father of banking” and the man behind Commerce Bank in America. Commerce Bank was founded in the 1970s and sold recently, but is consistently voted the nation’s “best bank”‘ for service. His recent book “Fans not Customers” is the story of Metro Bank’s philosophy, and according to Harmer it translates most often into the acronym AMAZE.

“You’re hear us use that word a lot internally,” she says. “It’s a word that actually empowers staff: it stands for attend to every detail; make every wrong right; ask if not sure; zest is contagious – share it; and exceed expectations.”

The AMAZE principles are explained to all staff on their “Visions” day, their first day with the company, when the executives come out to welcome them.

“We don’t use the word induction,” says Harmer. “We call it immersion. Staff hear what we’re about – which is that there are no stupid rules and that if they’re unsure of anything, all they need to do is what we call ‘bumping it up’ – getting someone higher than them to make a quick decision.”

Being sure that they can handle such empowerment means the recruitment of Metro Bank staff takes on even greater importance, Harmer says: “What we give people – which is effectively freedom – is not always something people can cope with, especially if they’re from other banks, where they’re used to scripts and procedures.

“As a result, we don’t necessarily look for people from the [banking] sector – rather, people that have a good attitude that we can train. At M-Factor auditions we deliberately make the interview process less frightening so we can see this trait come out. We also make sure we tell people they don’t need to compete with each other either. If they’re all good enough, we promise we’ll offer them all jobs as new stores open.”

When Harmer first joined, the business had just over 300 people. Today it’s closer to 770. Around 12 stores will open per year, and already the bank gets 1,000 applications per role (typically for customer service and front-of-desk roles). But if it appears a Herculean task, Harmer doesn’t show it.

“We’ve recently – literally in the last few weeks – introduced a new recruitment system that makes applying for a job here more of a two-stage process,” she says. “It will ask [applicants] some basic questions and then traffic-light people at the end of the process to tell them whether they are a good fit. Then it either will suggest they perhaps stop now – because they’re not quite right for us – or that they should go further with the process.”

Candidates that pass this will then get a phone interview – which her team uses to judge their passion for the business. Already, Harmer says the new recruitment website is cutting down the usual 100 full applications per day to around 30, all of which are more focused, which enables her and her centralised HR team to spend more time on those most likely to be offered jobs.

Of course, being such a new business means it’s difficult to know how successful these initiatives will ultimately be, and Harmer is herself watchful of retention – in particular, making sure she is able to sustain the culture as the network of stores grows.

“Even in a year’s time, half of the workforce will still have been with us less than a year,” she says. “At the moment, we can literally watch ourselves changing. We realise we need to pay an incredible amount of attention to this.”

Somehow though, in the same unstuffy way Metro goes about its business, you expect this not to be a problem.

“We have a successful friends and family scheme, which allows us to hire more of the same, great people that our own staff recommend,” says Harmer. “We’ve also reached the point where we are thinking of benchmarking the cultural profile of our people.”

Next year Metro Bank will also be rolling out net promoter scores, a means of benchmarking whether staff would recommend working for the company and what people say about it as an employer. All these things, Harmer says, should ensure Metro Bank doesn’t get embroiled in the same sorts of mis-selling scandals currently plaguing the other high street banks.

“Banking really is quite a simple business,” she says. “You get money deposited and you lend money out at a higher rate of interest. We’ll never lend out more than 80% of our reserves.”

Put like that, it’s hard to see why every other bank seems to have got into so much trouble. But as long as Harmer is there, giving out doughnuts – as she recently did to head office staff for achieving a deposits milestone – rather than huge bonuses, you suspect this really is a bank that will avoid such scandals and keep both feet planted firmly on the ground.