How leaving the EU would affect UK employment law 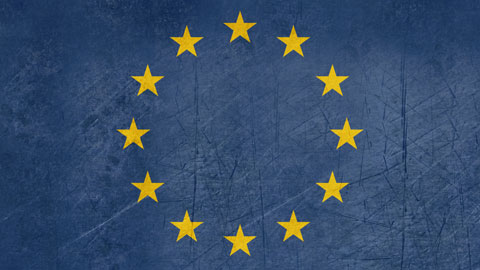 The likelihood of a referendum on whether the UK says “au revoir” to the EU has risen since the Prime Minister said there would be one should he lead a majority government in the next Parliament. John Charlton looks at how this might affect employment law and regulations.

David Cameron’s pledge to hold an in-out of the EU referendum should the Conservatives have a majority after the next general election has put the UK’s legal relationship with Europe in the spotlight.

Whether the UK follows the 1985 example of EU-quitter Greenland remains to be seen, as does the impact that leaving the EU may have on employment law and regulations. As things stand, it is hard to see the Tories gaining an overall majority in the House of Commons, although it is not beyond the realms of possibility that other parties may also promise a referendum if the subject is seen as an issue that will win votes.

Should the UK quit the EU it would need to negotiate a new relationship with Europe, which may include new agreements on employment law and regulations. Business organisations may give the impression that they would like to get rid of lots of employment regulations, but in reality most would prefer to stay in the EU for the trading advantages that a large single market provides.

CBI director general John Cridland has admitted that should there be an in-out referendum, the organisation would probably campaign to stay in: “It is difficult to conceive of a situation where we would do the opposite.”

Exiting the EU should certainly mean that the Government will be able to amend or repeal regulations emanating from Brussels by pushing appropriate legislation, such as enabling acts, through Parliament – something that is difficult to do as an EU member state. Should such repeals or amendments be contentious, however, there is likely to be concerted opposition within and outside of Parliament, so employers should not think that a UK outside the EU will be able to dispense with many employment-related regulations.

The difficulty with changing existing EU directives is that once they are adopted, they are almost impossible to remove.”

Nevertheless, as Philip Landau, employment lawyer at Landau Zeffert Weir, says: “The difficulty with changing existing EU directives is that once they are adopted, they are almost impossible to remove, as repeal requires the consent of the other EU member states. So an exit or re-negotiation of terms will be the only way.”

Indeed the Prime Minister’s referendum promise will offer business interests the opportunity to push an agenda of deregulation should they so choose.

For example, the Institute of Directors (IoD) says it is working on a “detailed examination” of EU employment-law-related Directives to decide what should happen to them should the UK quit the EU.

Alexander Ehmann, IoD head of government and Parliamentary affairs, says: “Priorities for abolition include the Agency Workers Directive and the Information and Consultation of Employees Directive. The IoD would also argue for substantive simplification of the Working Time Directive and discrimination laws.”

Other directives that the IoD is examining before deciding on how, if at all, it would like them amended include the Transfer of Undertaking or Acquired Rights Directive, Collective Redundancies Directive and various directives related to equal rights.

Ehmann adds that IoD members also have concerns about domestic employment laws such as those related to unfair dismissal, parental leave and the default retirement age: “From the EU, priorities are discrimination law, record-keeping requirements regarding working time and rules around equal pay of agency workers.”

The Federation of Small Businesses (FSB), in a recent submission to the European Commission’s Directorate-General for Enterprise and Industry, listed 10 pieces of EU-derived legislation that its members find the most burdensome. These included the Working Time Directive, “one of the most expensive EU regulations to be introduced in the UK that has created huge administrative and compliance costs for small businesses”.

She adds: “In terms of employment law, it is worth reflecting on the fairly limited competences the EU has to create it. Huge areas of employment law are excluded, such as matters of pay other than equal pay, terms of work other than required for equality, job termination outside collective redundancies, industrial relations and industrial disputes. There are current doubts as to whether or not proposals to create paternity rights are within competence. I guess, therefore, that arguments that we would dramatically reduce the range and nature of protective rights by pulling out might be wide of the mark.”

Should the UK electorate vote to quit the EU, it is likely the Government would take back the authority ceded to the EU under the Treaty of the Functioning of the EU (TFEU).

Mary Clarke, partner at DLA Piper, says: “The impact would be huge confusion for all employers and employees. TFEU provides through art.151 that the EU can legislate on the working environment to protect workers’ health and safety, protection for workers on termination of their contracts, and information and consultation on transfers of business and collective redundancy.”

Other areas of competence include works councils, consultation of employees, equal opportunities in the workplace and equality of treatment at work.

Large amounts of employment law and regulation derive from these competences and implementing changes will not be simple.

“Even if the UK left the EU, several entrenched and perceived ‘rights’ that have come from Europe would still be expected by UK employees,” Clarke says. “Many have been transposed into employment contracts and policies of organisations.”

Some of these rights include:

The impact [of leaving the EU] would be huge confusion for all employers and employees.”

It should also be noted that should the UK leave the EU, it does not mean that it would exit from the European Court of Human Rights (ECHR) too. The ECHR is a separate entity that the UK is committed to as a consequence of having signed the European Convention of Human Rights. This has implications as regards to issues such as equality and discrimination. The UK Government could pull out of the convention and the ECHR, but it is almost beyond the bounds of reason to imagine that happening.

However, the European Court of Justice (ECJ) is an EU institution. If the UK withdrew from it, the Supreme Court would be left as the ultimate arbiter of case law decisions in the UK.

“I assume this would mean that the Supreme Court could review or overturn decisions previously based on ECJ decisions,” Clarke says.

Finally, if and when the pull-out debate gets down to brass tacks it may well be that much of the electorate finds that some employment regulations put in place by EU membership are beneficial.

“The areas that would be the most difficult to disengage with are the freedom of movement provisions and cross-border rights,” Leighton says.