How menopause policies can help to reduce employment tribunal risk 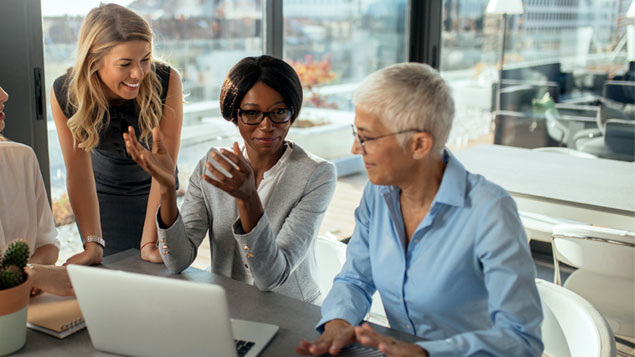 If women’s menopause symptoms are not treated sensitively, employers can face increased risks of claims for sex and disability discrimination. Charles Wynn-Evans and Emma Zarb of law firm Dechert look what menopause policies should address.

The impact of the menopause on women has become an increasing focus for employers. In 2017 a government report – Menopause transition: effects on women’s economic participation – highlighted not only that significant numbers of women experience problems at work from their symptoms and consider leaving as a result, but also that there is no uniform experience.

A wide range of physical and psychological symptoms are associated with the menopause, including hot flushes and night sweats, changes in menstrual flow and regularity, and depression. Conditions at work – such as hot or poorly ventilated environments, formal meetings and demanding workloads and deadlines – can exacerbate these symptoms.

Two employment tribunal decisions demonstrate how sex and disability discrimination claims can arise in this context – employers also need to be aware of the potential for claims of unlawful harassment and victimisation.

In Merchant v BT plc, Ms Merchant was dismissed for poor performance even though she had given her manager a letter from her doctor explaining she was “going through the menopause which can affect her level of concentration at times”.

The tribunal upheld claims of direct sex discrimination and unfair dismissal. Ms Merchant’s manager had failed to follow the employer’s performance management policy by not investigating her symptoms further.

It found the manager would not have adopted “this bizarre and irrational approach with other non-female-related conditions” and he had been wrong to consider that his wife’s experience was relevant to the approach he took.

A situation arose where Ms Davies could not remember whether she had put her dilutable medication into a water jug from which she was drinking in a court room. Two men subsequently drank from the jug while she escorted the court sheriff off the bench for an adjournment.

Following a health and safety investigation, which recommended disciplinary action, Ms Davies was found to have lied about what happened and to have brought the court into disrepute. She was dismissed.

The effects of menopause transition were considered to be a substantial and sufficiently long-term impairment on her ability to perform her day-to-day activities. The tribunal accepted that she was disabled for the purposes of the Equality Act 2010.

The tribunal considered that Ms Davies was dismissed “because of something arising in consequence of her disability” under section 15 of the Equality Act and that her dismissal was not a proportionate means of achieving a legitimate aim of her employer.

Key to those conclusions were the tribunal’s findings that Ms Davies’ employer had failed to take account of the fact that her conduct was affected by her disability and, in particular, that her memory loss and confusion were caused by her disability.

Employers can help address what is still seen as a taboo subject by introducing specific menopause policies and training to improve managers’ awareness of its symptoms and their responsibilities. Employers should also review the physical workplace environment and be flexible concerning issues such as sickness absence, performance management and discipline.

Employers can help address what is still seen as a taboo subject by introducing specific menopause policies and training to improve managers’ awareness of its symptoms and their responsibilities.”

Menopause policies seek to encourage and facilitate open conversations about the menopause and increase the understanding of managers and others of the issues and their responsibilities. Such policies may:

Temperature control, provisions of a fan and access to a rest room may help with hot flushes. Poor concentration may be addressed by considering work allocation, identifying whether the individual is affected at particular times of day and by offering a quiet space to work. Flexible working may assist with sleeping difficulties and low mood. Anxiety and panic attacks may be addressed through an employee assistance programme, counselling and mindfulness and meditation.

By addressing the issues proactively, employers will be able to work towards reducing the risks of disputes and claims, providing a supportive working environment, and maintaining a diverse workforce.

About Charles Wynn-Evans and Emma Zarb