Around 17,000 firms have not published modern slavery statements

By Ashleigh Webber on 19 Oct 2018 in Modern slavery, Latest News 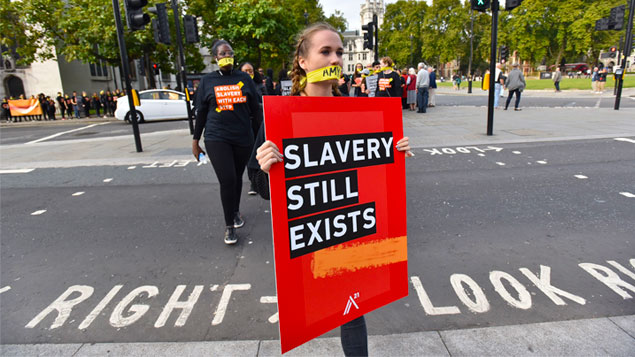 The Home Office is writing to the chief executives of around 17,000 organisations that have not yet published a modern slavery statement, warning them that they could be named and shamed as being in breach of the law.

It estimated that only 60% of the employers in scope of the requirement have published a statement setting out what they are doing to stop modern slavery in their own organisation and in their supply chains.

Businesses with an annual turnover of at least £36 million must publish a statement for each financial year. There is no strict deadline for publication, but the government’s guidance on complying with the Modern Slavery Act 2015 encourages publication within six months of the end of the financial year.

Of those that have been published, some are of poor quality and fail to meet basic legal requirements, the Home Office said.

“Some businesses are already leading the way in taking action by being open and transparent about what they are doing to identify, tackle and prevent forced labour in their supply chains, but too many are still failing to meet their basic legal obligations,” said minister for crime, safeguarding and vulnerability Victoria Atkins.

“That’s why the Home Office is sending letters to businesses today with a clear message that continued non-compliance will not be tolerated.”

The government’s guidance on preparing a modern slavery statement says organisations should include:

There were 3,337 modern slavery offences recorded by police in England and Wales the year to March 2018 – a 49% increase on the previous year – according to the Home Office’s annual report on modern slavery.

Examples of how organisations are minimising the risk of modern slavery in their supply chains include the “Tech Against Trafficking” initiative, which sees technology firms partner with NGOs and academics to look at how technology can be used to tackle modern slavery; and the Co-Op’s “Bright Future” programme, which gives those rescued from slavery paid work experience and employment.