Brexit transition period could be extended by ‘a matter of months’ 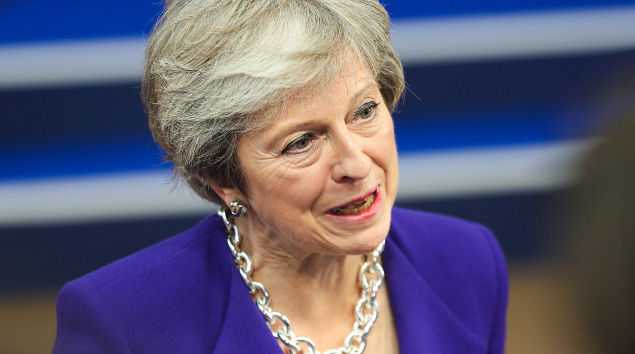 Theresa May has suggested that the transition period after Brexit could be extended by “a matter of months”.

Webinar: How to prepare for the removal of free movement

Speaking at an EU summit of leaders in Brussels, the prime minister said the proposal was a “new idea” that had emerged during negotiations and would help to ensure there was no visible border in Northern Ireland.

Currently, the transition or “implementation” period has been set as starting on the formal Brexit date of 29 March 2019, and ending in December 2020.

May spoke to the other 27 EU member states yesterday and put forward a proposal that would avoid having to put back in place border posts at the border between Northern Ireland and the rest of the UK.

“But the point is that this is not expected to be used, because we are working to ensure that we have that future relationship in place by the end of December 2020.”

There could be significant financial implications if the UK chooses to extend beyond the agreed transition period.

Under the current arrangement, during the transition period EU nationals will continue to be able to work and live in the UK as they do now.

UK government officials were keen to downplay the possibility of an extension. One spokesperson told a press conference that “the key point here” would be that “there would be no intention of implementing any extension” – that the option had been raised purely as an “insurance policy in that extremely unlikely event it takes a little longer to agree our future partnership”.

Carolyn Fairbairn, director-general of the CBI, commented that extending the Brexit transition period could be a positive move. She said that “if extending the transition period makes the withdrawal agreement easier to agree it should be welcomed”, but warned that businesses’ patience was already “threadbare” with the prospect of a no-deal Brexit.

Meanwhile Gerwyn Davies, public policy adviser for the CIPD, tweeted: “If the transitional period is extended by a year, many recruiters will be heartened by the prospect of free movement effectively continuing until 1 January 2022.”