How philosophical beliefs are protected against discrimination 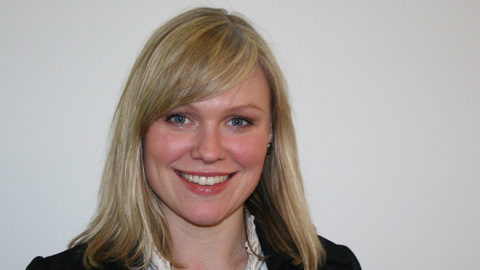 The recent case of Redfearn v The United Kingdom, which has in some places been abbreviated as the case of the “BNP bus driver” has raised the question: Does dismissal on political grounds constitute discrimination on grounds of belief, contrary to the Equality Act 2010?

While most employers are familiar with religious discrimination rights, the partnering protection for a person’s philosophical belief can be overlooked, says Lee-Anne Crossman, an associate at Hill Dickinson.

Past cases have established that various belief systems may be afforded protection in law. A belief in catastrophic climate change was sufficient to meet the test, as was a philosophy against fox hunting. It has even been extended to beliefs in the higher purposes of public-service broadcasting, as well as mediums and their ability to contact the dead.

However, there have also been some notable failures to establish that a belief meets the criteria for discrimination protection. A belief that the terrorist attacks of 9/11 and 7/7 were authorised by the British and American Governments and that there was a worldwide media conspiracy, failed on the grounds that upon objective scrutiny, the beliefs were “absurd” and not cogent. Further, a belief that people should wear a remembrance poppy from 2 November until Remembrance Sunday was not considered sufficiently weighty and substantial to qualify. Similarly, an objection to same-sex couples adopting children was found to be a mere opinion, rather than a philosophical belief.

What amounts to a philosophical belief?

For a belief to qualify for protection it must be established that it:

Political ideology has long been a difficult aspect of the philosophical belief criteria. It is thought that belief in a political system, such as Marxism, may be protected, but the issue of whether or not belief in a political party will qualify is more vexed. UK cases have previously found against protecting belief in the British National Party (BNP). However, the removal of the requirement that a philosophical belief is “similar” to a religious belief by the Equality Act 2010 and a recent European Court of Human Rights (ECHR) case has raised questions in this area.

Mr Redfearn was employed by Serco to transport disabled passengers, a large proportion of who were Asian, in Bradford. When Mr Redfearn stood for election as a local councillor for the BNP, trade unions raised objections, and following his election his employment was terminated. This was based on the belief that his continued employment may cause anxiety to his passengers and their carers as well as possibly jeopardising the contract with Bradford Council.

The Court did comment that if this was an unfair dismissal case “it is not, in general, fair to dismiss a person for engaging in political activities… we aspire to live in peace with one another in a politically free and tolerant society. Unpopular political opinions are lawful, even if they are intolerant of others and give offence to many”.

The case did not go on to examine issues about whether or not Mr Redfearn’s politics were acceptable or whether or not Serco’s treatment of him was fair and reasonable.

Mr Redfearn brought a claim to the ECHR on the grounds that the dismissal interfered with his rights to freedom of assembly and association, and freedom of expression under the European Convention on Human Rights (the Convention). The ECHR agreed. It was relevant that Mr Redfearn was a “first-class employee”, the concerns were of potential rather than actual problems, and that at the age of 56 his future employment opportunities were badly damaged.

The ECHR found that the UK should provide an opportunity for legal redress to employees to protect them against dismissal motivated solely by membership of a particular political party. As a minimum, the proportionality of such action should be capable of independent consideration. The court noted the Convention applies to both those whose views are favourably regarded, as well as those that “offend, shock or disturb”.

The decision means that the UK has been found to be in violation of the Convention. The Government can ask for the case to be referred to the Strasbourg Court’s Grand Chamber to be re-examined, but if the Grand Chamber does not overrule the decision the Government will have to put into place legislation to allow employees to seek a legal review of a dismissal based on their membership of political parties.

It is believed that employers who discriminate on the grounds of political affiliation are more likely to face a claim, in an employment tribunal, of discrimination based on the person’s philosophical belief (so long as it meets the criteria for qualification, including the need to establish that the belief is worthy of respect in a democratic society, is not incompatible with human dignity and does not conflict with the fundamental rights of others). Whether or not the BNP’s views meet this test remains to be seen.

Public-sector employers also face the prospect of a direct civil claim based on breach of the Human Rights Act 1998, and will also need to be mindful of this development in regard to their public-sector equality duties.

However, this case does not mean if someone holds a philosophical belief they can voice it with impunity – a protected belief may be expressed in an unacceptable way, for example, by promoting those beliefs at work, or by conflicting with other rights. Further, the holding of certain political beliefs may be incompatible with certain roles.

What these developments do highlight is that employers now need to pause and consider the potential legal consequences before taking action against a person on political grounds because it may constitute discrimination on the grounds of belief, contrary to the Equality Act 2010.

XpertHR has further information on discrimination due to religion or belief.