How the flexible parental leave proposals will affect businesses 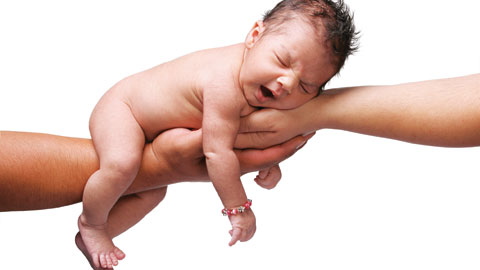 With the Government’s proposals for easier sharing of parental leave between partners, Occupational Health magazine looks at how businesses might be affected.

In Nick Clegg’s dream world, new mums and dads would split parental leave equitably and take turns changing nappies. But despite his plans for shared parental leave, it is likely that this will remain a mirage for most – largely for financial reasons.

The Deputy Prime Minister set out the Government’s proposals for shared parental leave in November 2012. The Department for Business, Innovation & Skills (BIS) will consult with interested parties in the coming months, before setting out more detailed parental leave proposals that should come into effect in 2015. Given there is a general election scheduled for the same year, the exact date will likely be after that event.

The proposals envisage mothers and fathers of newborns sharing the 52-week maternity leave that currently applies. New mothers will have to take at least the initial two weeks (or four if they are manual workers) after giving birth as parental leave, after which, says BIS, it will then be up to parents to decide how they share the leave, although mothers of newborns will be able to opt to take the remaining 50 or 48 weeks.

Expectant fathers will also have the right to attend two antenatal appointments.

Details of how the system will be administered have yet to be worked out, although BIS says parents of newborns will have to provide self-certified notices of their entitlement to parental leave and must give employers eight weeks’ notice of their intention to take it.

Clegg describes the current regime as “antiquated and out of step with the wishes of modern parents, who want greater flexibility in how they look after their children”.

He adds: “Reform is long overdue, and the changes we are making will shatter the perception that women have to be the primary caregivers. In the future, both mothers and fathers will be able to take control of how they balance those precious first months with their child and their careers.

“This is good news not only for parents and parents to be, but employers will also benefit from a much more flexible and motivated workforce.”

Both the Government and BIS are anxious to dress up parental leave proposals as unalloyed good news for British employers.

“Employers will be able to recruit and retain staff from a wider pool of talent which, in turn, helps to diversify our economy and drive growth.”

However, employers – especially those running small companies – are unlikely to be dancing in the streets at the prospect of dealing with issues arising from shared parental leave. At the very least, they will want a scheme that is simple to administer, that limits their exposure to extra costs and that sets out restrictions on the length of the chunks of parental leave each parent of a newborn is entitled to take.

The Federation of Small Businesses’ national chairman John Walker says: “Extending the right to flexible working will simply increase administrative pressures on the smallest of businesses at a time when the Government should be doing all it can to enable them to grow. Allowing chunks of maternity and paternity leave of as little as one week to be taken will place a disproportionate strain on small firms and will be very complicated to administer. We would want to see safeguards for employers who are unable to accommodate requested leave patterns.”

These sentiments are echoed by the CBI. It says allowing parents to take ad hoc parcels of leave will make it hard for companies to plan ahead, adding that it “favours parents taking bigger blocks of leave in one go”. It also wants rules that are simple to administer and that “allow employers to reject complex patterns of leave”.

Pressure group Working Families (WF) has mixed views on the proposals, but it welcomes the increased choice on how care for newborns will be shared and the opportunity that will give mothers to return to the workplace and resume their careers.

“This may help reduce maternity discrimination in the workplace,” says WF head of policy Elizabeth Gardiner. “On the minus side, it is a complex system that relies on transferable leave and pay, and we’d prefer to see enhanced independent rights for fathers. The consultation had discussed increasing the amount of leave fathers could take in their own right, but the Government’s response leaves ordinary paternity leave and pay at two weeks. We had also argued for changes to eligibility criteria to ensure more parents could benefit from new rights, and we would very much like to see statutory pay levels increased.”

Of course, the parental leave proposals are part of the Government’s wider plans to promote flexible working, but flexibility may be less welcome for many employers than for employees. It is likely that employers and their representative bodies will want regulations that allow them to adopt a fallback position should they be unable to agree a parental leave pattern with affected employees.

Jo Broadbent, of counsel at law firm Hogan Lovells, points out: “The main downside for employers is likely to be the very flexibility that will be the benefit for employees. Employers are likely to be concerned about managing arrangements where parents take a number of short periods of leave.

“Having said that, arrangements have to be agreed by employers in advance, and in the absence of agreement the default position will be for the leave to be taken in a single block.”

Employers will want the Government to set out a code of practice giving clear guidelines on how they should deal with and administer requests for parental leave. It is likely this will be part of, or similar to, the regime for requesting flexible working, which allows employees to request time off to look after a dependent, for example.

“The Government has announced that the current statutory framework for considering requests for flexible working will be replaced by a duty on employers to deal with requests in a reasonable manner and in a reasonable period of time,” Broadbent says.

“The code of practice will need to address the timeframe within which an employer should give a response to a valid flexible working request and what process the employer should follow in coming to its conclusion. Guidance will be needed on whether meetings to discuss the request and a right of appeal against a refusal are still required, and the level of detail that an employer needs to go into if it turns down a request.”

Caroline Buckley, professional support lawyer at law firm Charles Russell, adds that the practical issues the Government will need to consider include “exactly” how employers will manage the process, what the procedure for discussing and agreeing leave should be, what needs to be agreed in advance, and how much notice of taking parental leave must be given. The Government will also need to decide “what the scope will be for refusing the request for a certain pattern and whether there will be any ability to challenge any decision”.

“Another practical consideration will be the question of verification of information on leave between the two employers,” Buckley adds.

For now, it’s a question of wait and see.