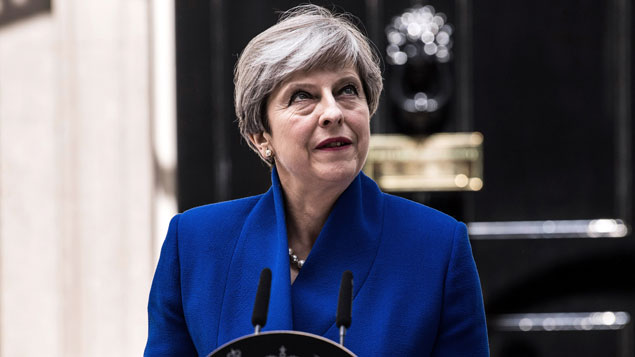 Employment policies face an uncertain future after the general election ended in a hung parliament, with the Conservative party unable to win the 326 seats required to command a majority in the House of Commons.

Prime Minister Theresa May has said she will form a government with the support of the Democratic Unionist party, which won 10 seats.

Election 2017: where do the parties stand on key employment issues?

Corbyn vs May: leadership styles in the spotlight

The party manifestos and employment law

Despite calls for her to step down after failing to secure the majority, May said she wanted to “provide certainty and lead Britain forward at this critical time for our country”, with Brexit negotiations due to commence in 10 days’ time.

As a minority government, the Conservatives may now find it more difficult to push through some of their key manifesto pledges on employment, which May called “the greatest expansion of workers’ rights in history”.

Peter Cheese, chief executive of the CIPD, said the election result would only mean “more uncertainty” for HR. He said: “Brexit negotiations are high on the agenda and how these now move forwards will be a critical area of discussion.

“However, there is of course a much wider agenda that we need the new government to deliver on as was clear through the public debates.

“A key focus must be on addressing workplace issues through a much more human lens. By focusing on improving transparency in business, protecting and raising awareness of rights for workers and boosting investment in skills, we can hope to ensure that work can be a force for good, regardless of how, when and where people work.

“We look forward to working with the new government once it has been officially formed, to address these issues and ensure the UK is in a strong position to be a high-skills, high-value economy.”

TUC general secretary Frances O’Grady said: “This election was about bread and butter issues – what needs to change for ordinary working people. And no wonder: if current trends continue, in five years’ time 3.5 million people will be in insecure work – and the average wage is still £1,200 less than it was in 2008.”

She added: “The next government must deliver a new deal for working people. They should implement popular policies from the campaign – like banning zero-hour contracts, pushing up the minimum wage and delivering a long overdue pay rise for nurses, midwives and all public servants.”

O’Grady also said that any Brexit deal going forward should “go back to the drawing board” and “put UK jobs, decent wages and workers’ rights first.”

Kevin Green, chief executive of the Recruitment and Employment Confederation (REC), said that the new cabinet needed to prioritise prosperity and jobs.

He said: “The REC will work hard over the coming days, weeks and months to build links with the new government and to make them aware of the positive contribution our industry makes to the UK economy and labour market.

“Whoever takes the reigns must front up quickly to challenges including the imminent Brexit negotiations which will shape the jobs market over the next decade.

“The UK has labour, skill and talent shortages and the evidence points to the situation getting worse before it gets better.

“Organisations are only as good as the people they hire. In hospitals, schools, start-ups or in larger businesses, employers are deeply concerned about the impact on their business of not being able to find people for the jobs they have available.”