“I was on cloud nine”: Personnel Today Awards 2015 overall winner and HRBP of the year

By Jo Faragher on 5 May 2016 in Career paths, Careers in HR, PT Awards, The HR profession 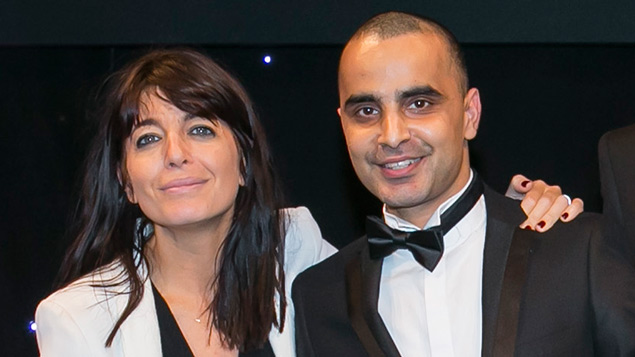 Last year, Kessar Kalim became the first ever individual to win the overall “gold” prize at the Personnel Today Awards after judges praised his outstanding work as an HR business partner. He talks to Jo Faragher about his new role and stepping outside his comfort zone.

Becoming the first individual overall winner of the Personnel Today Awards would be enough of an accolade for many HR professionals, but for Kessar Kalim, it also provided a timely career boost when he had a job interview three days after the ceremony.

“I went into the interview on cloud nine, feeling very confident,” he remembers. “One of the panel had Googled me so he knew about the award.” He must have passed with flying colours, as he was offered the role of HR partner at the London School of Hygiene and Tropical Medicine (LSHTM), and started the role in February this year.

Are you an award-winning HR professional? Or perhaps your team has excelled in a certain area – there are 20 categories to choose from.

What had impressed the judges in the business partner category of the awards was the “business-like nature” of Kalim’s submission, which highlighted his contribution to a major change programme at Cafcass, the public body that provides support to families and children going through the family courts.

After being declared “inadequate” by Ofsted in 2009, the organisation needed to address issues such as high absence levels, low compliance by staff, and poor management information systems. It had set itself an objective of receiving an Ofsted “good” assessment by 2014, which it achieved.

Kalim helped the HR team at Cafcass to more than halve sickness absence from 16.2 days per social worker per year to just 7.3 days, and was instrumental in supporting the organisation to update its payscales and move its training processes online.

He joined Cafcass in 2009 as an HR administrator, and rose quickly through the ranks, becoming an HR business partner in 2014. His business partner area included overseeing HR for 750 colleagues, dealing with a number of difficult issues including an office restructure where staff in closed offices were moved to new premises.

“What was important here was the human input, being able to listen,” he adds. “So I got involved in engaging with local businesses, including cafés, restaurants and gyms to explore the benefits they could offer to our staff so that people who had moved would feel more at home and supported during and after the move.”

His new role at the LSHTM, part of the University of London, appealed because it would push him outside of his comfort zone. The school is ranked third in the world for social sciences and public health, according to the US News Best Global Universities Rankings, and has research staff and students based in more than 150 countries.

The LSHTM adopted the business partner model around three years ago. “HR can help with the transactional stuff but we can also add value through engagement and retention,” he explains. “We can help the organisation manage and mitigate risk, support organisational development and service design, and provide expert advice and support with change programmes.”

He is one of three HR partners that report into the HR director at the school, and looks after employee relations, policy development, recruitment, systems and processes. He firmly believes that HR should shape its service to fit the organisation.

“HR is here to serve the academics, not the other way around. We can add value through the strategic stuff but also by getting the basics right,” adds Kalim.

For someone who has risen through the ranks so quickly already, what does the future hold? Kalim admits he tends to plan out his career in five year stints, with his first goal of reaching business partner status already ticked off.

For the next five years, he’d like to “continue growing” in the business partner role, perhaps become a head of HR, but would also like to dip his toe in the private sector and perhaps one day offer his services as a consultant.

His undergraduate degree is in economics, with a masters in HR Management, so he feels this gives him a broad perspective on HR’s role. “Having a good understanding of the economics and business side has helped me know where HR sits in the context of things, whether that’s the organisation as a whole, the economy, the labour market,” he says.

This commercial attitude is one that is often overlooked in HR professionals, he believes, because “we tend to be viewed just as a cost centre, when we can be entrepreneurial and innovative in how we work,” he adds.

Kalim networks heavily both inside and outside the organisation, sometimes taking annual leave or attending events outside working hours to broaden his horizons, saying: “If I can’t find the time, I make the time.”

In a market where “HR business partner” can mean anything from someone who offers administrative support to a key decision maker, he has set the bar high.