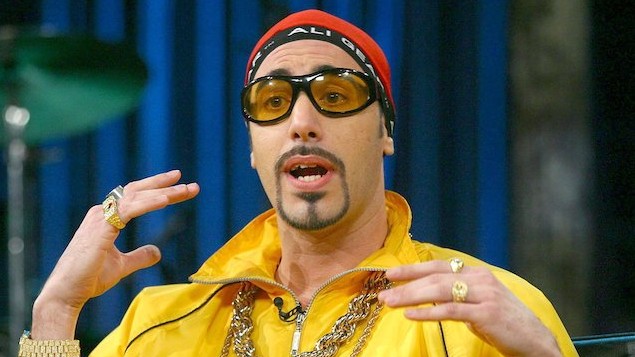 Ali G was popular in the early 2000s
Startraks/Shutterstock

As organisations make sense of the recent events surrounding the Black Lives Matter movement and how they can do something about racial bias and representation in their own workforce, Shakil Butt explains why an early 2000s TV catchphrase contained an unfortunate grain of truth.

“Is it because I is Black?” Many of you will remember this was a catchphrase of Ali G, a satirical character created by Sacha Baron Cohen, popularised in the early 2000s on television. Ali G was a fictional stereotype that would style himself on Jamaican British black culture, supposedly a parody of a white upper class youth acting black.

A typical sketch would involve Ali G interviewing someone famous or holding a position of standing in society, insulting them or causing offence, and after being challenged Ali G would respond with his catchphrase “Is it because I is black?” played for humorous effect.

In doing so it would downplay racism, where in reality the constant lived experience of a person of colour would be in essence because they were black and not white.

Had the Windrush generation been white they would not be faced with losing their British identity. Had Grenfell Tower been full of white people, in an affluent neighbourhood, the question has to be asked – would it have happened in the first place and would we still be calling for justice years later?

There are so many failings that link back to the colour of a person’s skin, such as the BAME NHS workers working on the front line response who have been disproportionately affected by Covid-19.

Other failings include our institutions that have failed black people in education, in social housing, in policing, in our justice systems and in our prisons. The absence of black leaders in politics, in the media, in our workplaces is telling. The negative portrayal of black people, of BAME people, of migrants, the ‘other’ in the media has become acceptable and the norm.

White supremacy fuelled colonialism resulting in the looting, pillaging and raping of faraway lands has had a lasting impact and legacy of continued international interference in non-white lands.

This has helped to create the ‘developing’ or ‘third’ world as we refer to it devoid often of the context and said as a matter of fact and circumstance. Asia and Africa were countries that were rich in natural resources that were taken by colonial invading armies in the name of Western empires.

The simple answer to the question ‘Is it because I is black?’ is ‘Yes, It IS because you are Black’. All of this has happened to you because you are not white. It really is that simple. The extent of melanin pigmentation in your skin has led us to where we are as a society today.

The tragic murder of George Floyd has shone a light on racism everywhere but especially in America, the so called land of the free. Except if you are black. You have never truly been free. Is that too raw? Too difficult to process? Does it offend your sensibilities?

The US cases of police brutality and excessive force, while upsetting, did not come from a vacuum but were as consequence of a mindset that dates back to slavery and having a disregard for another human being because they are black and therefore in the eyes of the racist are inferior, less than human, without dreams and hopes for themselves and their families.

In America the list of ‘crimes’ committed by black people leading to the police being called include jogging in the street or simply driving a car. Even individuals having a barbecue or at a hotel poolside have been singled out.

The common factor in these very normal daily activities, if not already self evident, is that in all cases the individuals were black. All of these are examples of being racially profiled by white members of society who have then called the police and can be summed in a simple expression ‘Breathing whilst Black’, underscoring George Floyd’s last words: “I can’t breathe”.

This phrase has been used as the Black Lives Matter movement slogan and – while Floyd said it – it originates back to Eric Garner, an unarmed black man who was put in a choke hold by police in 2014. Eric Garner complained that he could not breathe and died as a consequence of excessive force used during his arrest. He was not alone.

Other African Americans who were killed during interactions with the police complaining they could not breathe at the hands of officers sworn to serve and protect include Christopher Lowe, Javier Ambler II, Derrick Scott, Byron Williams and Manuel Ellis. Yes it IS because they were black.

Changing the world of work

These incidents may seem far away from our shores at times, but there are ways we can battle systemic racism from within HR. The world of work has a massive contribution to make in this regard.

Many of us spend our waking hours at work and we come into the workplace with all our biases and world views. Work presents an opportunity to challenge some of our preconceived views, to push back against long held stereotypes or better still to create new narratives. HR conferences, events, publications and platforms need to showcase black HR professionals who perhaps do not get the same visibility in relation to white counterparts.

Work presents an opportunity to challenge some of our preconceived views, to push back against long held stereotypes or better still to create new narratives.”

Would it not be real progress if we could address the imbalance in representation at the C-suite across all sectors. Imagine that … CEO ….whilst black.

There are only four black CEOs in all of Fortune 500 companies, and the FTSE 250 has only a handful of black directors, and two-thirds do not have any ethnic minority directors on their boards. It is time to stop imagining. Let’s start doing. The talent is out there. Let’s create a new stereotype.

Baron Cohen walked a fine line of parody and stereotype when he created his comical character Ali G. The media has a responsibility in portraying black stereotypes that propagate negative narratives about black people and reminds us all that a racist joke or a racist funny story is still exactly that – racist.

Black Lives DO Matter. It’s time to accept the pain and hurt caused by stereotypes. It is time to have a new discourse and build a better society where being black is not a crime and we work towards ending systemic racism.

2 Responses to ‘Is it because I is black?’ Why Ali G’s catchphrase is a tragic reality