By Ashleigh Webber on 30 May 2018 in Dispute resolution, Industrial action / strikes, Latest News 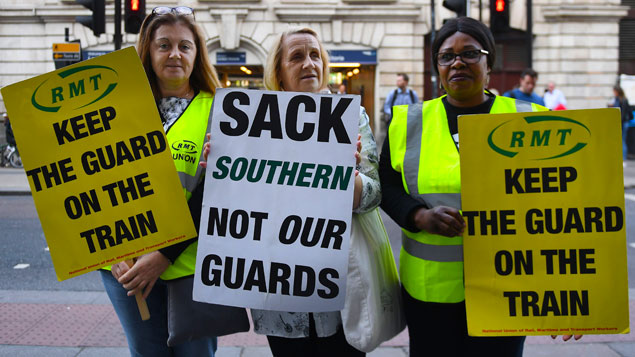 The number of labour strikes reached an all-time low last year, along with the number of workers involved in disputes, according to new ONS figures.

Where employees take strike action, can their employer hire temporary staff to cover their work?

There were 276,000 working days lost due to labour disputes last year. The transport and storage sector accounted for 68% of this figure, mainly in public transport; partly due to the numerous high-profile strikes by rail companies including Southern Railway operator Govia Thameslink Railway and Arriva CrossCountry.

ONS senior statistician David Freeman said: “While the number of days lost wasn’t quite a record low, it has significantly reduced since the early 1990s. This is a stark contrast to the levels seen when the miners went on strike in the 1970s and 1980s, and the even greater levels of industrial action in the 1910s and 1920s.”

Disputes over pay accounted for 39 of 79 stoppages and around three-quarters of all working days lost in 2017. Hannah Reed, senior employment rights officer at the TUC, said the figures showed many workers were “fed up of years of paltry pay rises”.

The number of working days lost due to strikes in the public sector, 44,000, was also the lowest figure on record, while the 232,000 days lost in the private sector was the largest since 1996.

Reed claimed the fewer number of days lost due to action in the public sector could be because public sector union members faced more barriers to call a strike.

“Making it harder for people to go on strike is not good for industrial relations. Unresolved disputes increase workforce tensions, as well as damaging morale and productivity,” she added.