By Ashleigh Webber on 31 May 2018 in NHS, Latest News, Stress, Labour turnover, Retention of staff 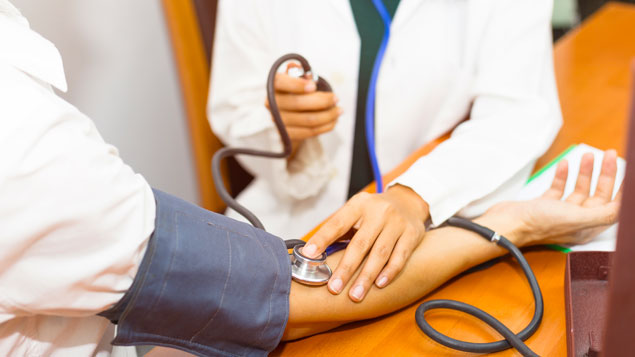 Two in five GPs in England plan to leave the profession in the next five years, as more than 90% report feeling under pressure from increasing workloads.

A survey of almost 2,200 GPs by the University of Manchester’s Centre for Health Economics found that 39% plan to leave direct patient care by 2022, which the university said was the highest proportion on record. This compared with 35.5% in 2015 and 19% in 2005.

This proportion rose to 61.8% for GPs aged 50 and over, only a slight increase from the 60.9% found in 2015 – the last time those in the profession were asked about their intentions to leave in the next five years.

Professor Kath Checkland, who co-authored the study, said the findings suggested some worrying consequences for resourcing in the NHS: “The all-time-high figure of 39% of GPs who say they intend to quit within five years is particularly worrying in terms of the possible implications it might have on recruitment, retention and patient care.”

The study, which was funded by the Department for Health and Social Care, discovered that the biggest sources of stress for GPs were increasing workloads (cited by 92.3% of survey respondents), increased demands from patients (85.8%), having insufficient time to do justice to the job (85.3%) and paperwork (82.6%).

Eight in 10 said the changes put in place to meet external bodies’ requirements was a concern, while 73.7% said long working hours had increased stress levels.

Professor Helen Stokes-Lampard, chair of the Royal College of GPs, said the results were not surprising given the intense pressures GPs were facing. Recent analysis from the British Medical Association found that 82% of NHS doctors said their workplace was under-resourced, while 62% said their workload over the last winter was higher than in previous years.

Stokes-Lampard said: “Pressures in general practice have reached an all-time high; our workload has escalated by at least 16% over the last seven years, but the share of the NHS budget general practice receives is less than it was a decade ago, GP numbers are actually falling, and many hard-working GPs are simply burnt-out and exhausted.

“As this [University of Manchester] study shows, 20% of GPs are now working intensively for more than 60 hours a week. We’re trying to do more and more on less and less, and there is a limit beyond which we can no longer guarantee that we are practising safely.”

Staff shortages at the NHS have been further exacerbated due to caps on the number of visas issued to highly-skilled migrant workers being exceeded – now for the sixth consecutive month.

Hundreds of doctors have been refused visas under the Tier 2 immigration system, including 100 doctors from India who had been offered jobs at the NHS.

Stokes-Lampard explained that while employing more GPs was an obvious solution, the NHS needed to focus on retaining its existing staff.

“We need to see NHS England’s GP Forward View, which pledges £2.4bn extra a year for general practice as well as 5,000 more GPs and 5,000 members of the wider practice team, delivered, in full, as a matter of urgency,” she added.