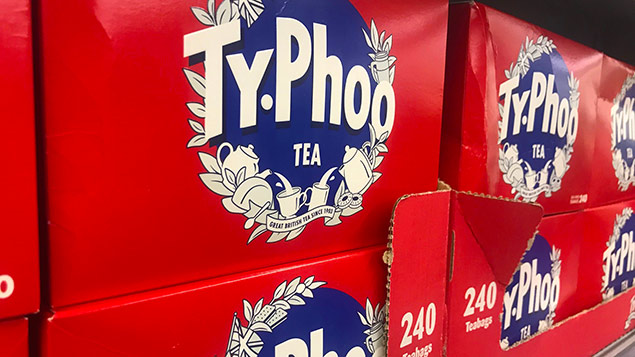 The Equality and Human Rights Commission has revealed the identity of three companies that, for the second year running, have failed to detail their gender pay gap information in time and said they risked serious reputational damage.

Typhoo Tea, Charlotte Tilbury Beauty and Northern Automotive Systems have been notified by the EHRC that the commission will investigate whether the companies’ failure to disclose information has broken the law.

If so, said the EHRC, the firms will be “required to publish the figures immediately and organisations that do not cooperate could be issued with a formal notice which is enforceable in court and with an unlimited fine”.

EHRC chief executive Rebecca Hilsenrath said: “To tackle gender inequality in the workplace we first need transparency. All employers with 250 or more employees have to publish their gender pay gap information where everyone can see it. It’s the law and we take very seriously indeed any failure to do so, particularly for two years in a row.

“These employers are not only facing investigations by the regulator, they are sending a message to their staff that they don’t care about equality and are exposing themselves to serious reputational damage.”

According to the EHRC, 10,738 organisations have reported their gender pay gaps for this year.

On 20 May the commission, tasked by the government with tackling discrimination and holding organisations to account, is set to name further employers that have still not reported this year’s information and said it would begin formal investigation proceedings against them.

All organisations with 250 or more employees are required to publish their gender pay gap information every year on their own website in a way that is accessible to all their employees and the public and on the government’s official portal. The deadline to do so is midnight on 30 March for public sector employers and midnight on 4 April for private and voluntary sector employers.

It’s the law and we take very seriously indeed any failure to do so, particularly for two years in a row” – Rebecca Hilsenrath, EHRC

Typhoo Tea (250-499 employees) has seen profits fall of late because of rising material costs and an adverse currency climate since the Brexit vote, recording a £20m loss in the year ending 31 March 2018. Its 5 April 2017 report (filed late) revealed that women’s median hourly wage was 0.6% lower than men’s, but its mean hourly wage was 15.8% lower. Typhoo has been contacted by Personnel Today for a response.

At Charlotte Tilbury Beauty (250-499 employees), women’s median hourly wage was 1% lower than men’s in 2017, with a mean difference of 25%. Women occupy nearly all jobs in the company with 95% of its top paid quarter being female. The company was contacted for a response.

Northern Automotive Systems (500-999 employees), which supplies decorative trims for the car industry, is a more male-dominated firm with 23.6% of top quartile staff and 29.7% of lower quartile staff made up by women. Women’s mean hourly wage was 7.8% lower than men’s, with no median difference between the genders.

The company told Personnel Today that it had completed it data analysis and was in the process of reporting the figures.

Emma Bullen, HR expert at software and outsourcing services provider MHR, told Personnel Today: “The legal duty to publish gender pay gap information each April should not come as a surprise for organisations with over 250 employees. The EHRC has sent out a clear message that any organisations who repeatedly report their gender pay gap late will be called out in public.

“The organisations in question may not be the worst offenders when it comes to their gender pay gap but by failing to file their report on time for two successive years they are indicating that they don’t see it as a priority and risk the potential of an unlimited fine, not to mention damaging internal employee engagement and their status as an employer of choice.”