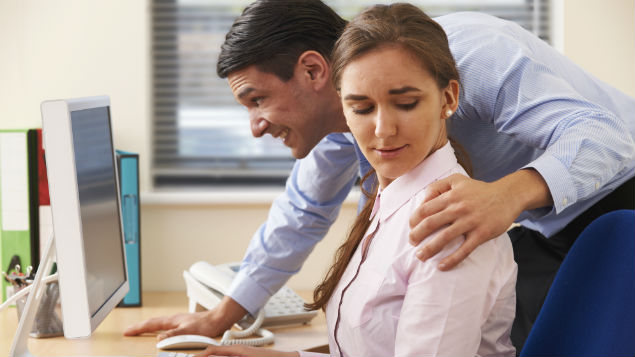 An apparent sharp rise in the number of sexual harassment complaints involving solicitors has drawn attention to law firms’ misuse of gagging orders.

Over the past year, the Solicitors Regulation Authority (SRA) has received 70 complaints about sexual harassment. These included 13 claims that lawyers had abused guidelines relating to the use of non-disclosure agreements (NDAs).

From 2012 to 2017 the watchdog received only 30 allegations, leading it to conclude that “complaints were rising massively”, according to a spokesperson, and indicated that the profession was blighted by aggressively misogynistic behaviour.

More than 80 hearing days had been set aside this year by the Solicitors Disciplinary Tribunal to hear 25 cases of alleged sexual harassment and assault at law firms, according to the authority’s latest Upholding Professional Standards report.

A team set up to investigate these “difficult and sensitive matters” had “worked with the victims of harassment” and this year produced beefed-up guidance on the use of NDAs in cases of alleged sexual misconduct.

One particularly high-profile case in the system involves Zelda Perkins, a personal assistant to Harvey Weinstein in the late 1990s. SRA chief executive Paul Philip told the parliamentary Women and Equalities Committee in April that the SRA had referred an Allen & Overy lawyer to the Solicitors Disciplinary Tribunal. The lawyer, it was subsequently revealed was Mark Mansell, who drew up a gagging order in 1998 after Perkins accused Weinstein of sexually harassing her and of attempting to rape a colleague.

New laws on misuse of NDAs

The NDA required Perkins to: obtain a confidentiality agreement from any doctor she visited in connection with the incident; not speak about the alleged incident even when required to do so by law or “where reasonably practicable in the case of any criminal legal process” without first giving Mansell at least 48 hours written notice; and to “use all reasonable endeavours to limit the scope of the disclosure as far as possible.”

Perkins said Mansell and the Allen & Overy team ground her down and that she was “broken” after several “incredibly distressing” and “intense” negotiation sessions at the firm’s London office, one of which lasted for 12 hours until 5am. She said: “I was made to feel ashamed for disclosing his behaviour and assault, and expected to name those I had spoken to, as if they too were guilty of something.”

The Women and Equalities Committee’s report on the matter published in July 2018 stated: “Zelda Perkins’ evidence that she feared she would ‘probably go to jail’ if she broke the terms of the agreement. Such a fear, it noted was common with people who had signed NDAs. The report added: “We have been contacted by individuals who were too fearful of the potential repercussions of breaking an NDA to give evidence to this inquiry, even anonymously.”

Allen & Overy told Personnel Today it was unable to comment on issues being investigated by the SRA.

For too long now the stakes have been too high for people to dare to report their own bosses and firms. I still believe it’s high stakes but with the regulator looking over their shoulders it gives more comfort – Karen Jackson, director, didlaw

“It’s key that the firms, us as the regulator and other agencies create an environment where people can report their concerns and have confidence that they will be addressed appropriately.”

For Karen Jackson, discrimination lawyer and director of law firm didlaw, the SRA figures do not point to an actual rise in sexual harassment. She told Personnel Today: “I don’t believe that there is a rise in sexual harassment cases. I think it’s more likely an increase in victims willing to speak out about it because #metoo has given permission to victims to feel they can seek redress without fear of retribution.

“For too long now the stakes have been too high for people to dare to report their own bosses and firms. I still believe it’s high stakes but with the regulator looking over their shoulders it gives more comfort. I’m delighted this is getting the regulator’s attention and believe there to be firms out there who should be afraid, really afraid. Sadly many law firms are built around male hierarchy where the boys protect the boys and harassment is seen as ‘a bit of fun’.

“Everyone is really down on NDAs but they can provide valuable protections for victims of sexual harassment. Victims might not want people to know about what has happened either or run the risk of being labelled ‘one of those women’. I get it completely.”

She added: “What some people tend to forget is that even if a law firm (or any business or organisation in fact) enters into an NDA in a settlement agreement they cannot by law stop the person from blowing the whistle. Most victims don’t because the deterrent and penalty clauses sound so severe but technically it is open to them to report the wrongdoing to a prescribed person and be protected.”