Leaders at England’s worst police force ‘did not behave ethically’

By Adam McCulloch on 27 Sep 2019 in Police, Latest News, Leadership 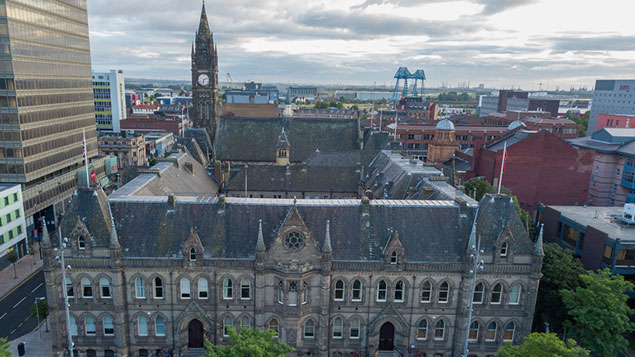 Senior officers were too often “not taking responsibility, not acting with honesty, integrity and competence” at a poorly performing police force, a watchdog has stated.

Cleveland Police is the first force to be rated as inadequate across all areas said HM Inspectorate of Constabulary and Fire and Rescue Services in a report. The force has been in special measures since May.

Senior staff at the force were not exhibiting ethical behaviour the report found. “Superintending and chief officer ranks, and senior police staff managers should be acting as positive role models and many are not. This is having a profoundly negative effect on the organisation,” the report found.

Employees at the north east England police force told inspectors that the organisation was “directionless, rudderless and clueless”. Under the category “fair treatment of the workforce”, the force was rated as “inadequate”, the lowest possible standard.

Phil Gormley, Her Majesty’s inspector of constabulary, told the BBC: “The most critical issue is getting stable, competent and capable leadership into Cleveland Police. The workforce needs clarity and leadership.

“What we are seeing is a force that has individual, collective and systemic failings.”

Inspectors found that senior officers provided incorrect statements during the inspection and were unable to provide evidence of actions they claimed the force was taking. The chief constable was also unable to trust the information he received from senior officers, inspectors feared.

Among other failings was the deliberate downgrading of incidents to meet targets meaning victims were often left waiting.

Cleveland was rated as “good” though in one category: tackling serious and organised crime. Less serious crimes though were “not always allocated to appropriately trained staff, nor investigated thoroughly enough or supervised effectively”, according to inspectors.

The report found that although Cleveland acted quickly to deal with reports of corruption there was work to be done to ensure it was more proactive when it came to rooting out corruption and identifying those at risk from it. Crime prevention was not being treated as a priority and the force did not have a satisfactory understanding of local concerns.

Among controversies that have swept Cleveland was the misuse of anti-terror laws to spy on journalists, an inspector approaching junior colleagues for sex and an assistant chief constable who, in April, was arrested on suspicion of gross misconduct.

Cleveland, which also covers Hartlepool, Redcar, Middlesbrough and Stockton, has had a rapid turnover of chief constables – five in seven years (one of whom, in 2012, was sacked for gross misconduct) – which is widely seen as contributing to the malaise within its ranks.

Current chief constable, Richard Lewis, who has a new top team to turn around the force, fully accepted the report and said it must “act as a line in the sand”.