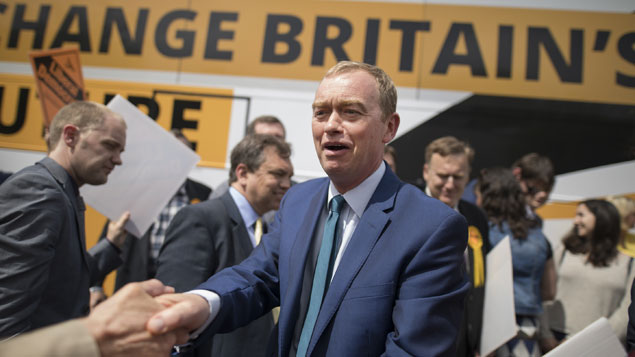 The Liberal Democrat Party’s official manifesto has been released today and includes a raft of proposals around employment rights, equality and diversity, and corporate governance.

One of the Party’s headline claims was that it would offer a second referendum on membership of the EU if it came into power, but leader Tim Farron has also pledged to maintain existing EU employment rights and to “fight against a hard Brexit” if he becomes Prime Minister in next month’s general election.

We round up the main points of the manifesto likely to affect employers:

The Lib-Dems will press for the UK to “unilaterally guarantee the rights of EU nationals in the UK, ending their ongoing uncertainty”. It would simplify the registration process and requirements for EU nationals to obtain permanent residence, and aim to secure the same rights for UK citizens living in EU countries. It will also support the principle of freedom of movement.

Rights enshrined in EU law, such as 52 weeks’ shared parental leave, will be upheld.

The Lib-Dems would raise income tax by 1p in the pound in order to raise an extra £6 billion per year for the NHS and social care services. In the longer term, it will consider reforming national insurance contributions so the threshold is the same as for income tax contributions, and workers can see where their contributions are spent on their payslips.

A Lib-Dem government would put an end to the 1% cap on pay rises for public-sector workers, and would protect NHS workers’ whistleblowing rights.

Farron’s Party has pledged to expand “high quality” apprenticeships, in particular Advanced Apprenticeships, and support this through the creation of sector-led national colleges, and a National Skills Strategy aimed at boosting certain sectors.

The Lib-Dems would encourage the creation and widespread adoption of a “good employer” kitemark, covering areas such as paying a living wage, avoiding unpaid internships and using name-blind recruitment.

The Party would launch a review into what should constitute a “genuine living wage”, and once this was established, all central and local government employers would be obliged to pay it – Farron has previously supported a £10 statutory minimum wage rate.

The Lib-Dems support greater transparency into companies’ pay policies, and have promised to expand current obligations so larger employers publish the number of people paid less than the living wage and the ratio between the most highly-paid and the median salary in each organisation.

Zero hours contracts abuse would be outlawed, with employees given a formal right to request a fixed contract after a period of time. They would also have the right to make regular patterns of work contractual after a certain period.

Greater collaboration between relevant employment agencies (such as HM Revenue and Customs) would be encouraged to strengthen the enforcement of employment rights. Tribunal fees would be scrapped.

Under a Lib-Dem government, employees in companies with more than 250 staff would have the right to request shares in the business, which would be held in a trust for the benefit of employees.

There would be greater representation of employees on boards and remuneration committees, with the potential for a German-style, two-tier board structure to include employee representatives.

14. Flexible working a “day one” right

Flexible working would also become a day one right, and employers should operate on the presumption that “work is flexible unless there is a clear business reason it cannot be”.

15. More support for those with physical and mental disabilities

The Lib-Dems would expand the Access to Work scheme, which supports those with disabilities back into work. They would also accelerate the roll-out of Individual Placement and Support, which helps employees with mental health issues to return to the workplace.

The Party would retain the “triple lock” on pensions, which will ensure that state pensions rise in line with wages, inflation, or by 2.5% – whichever is highest.

Through more extensive childcare support, the Lib-Dems would bring an extra one million women into the workforce by 2025.

The Party would encourage name blind recruitment in the public sector and bring in measures to ensure greater diversity in public appointments.

The Lib-Dems would extend reporting requirements for all large companies with more than 250 employees, requiring them to monitor and publish data not just on gender, but also ethnicity, sexual orientation, employment levels and pay gaps between the highest and lowest paid.

Writing in The Independent on the launch of the manifesto, Farron said: “The Liberal Democrats are offering you a brighter future. You don’t need to settle for Theresa May’s cold, mean-spirited Britain. You don’t have to settle for a bad Brexit deal that will cost jobs and put up prices.”

The Conservative manifesto is due to be published tomorrow, 18 May.