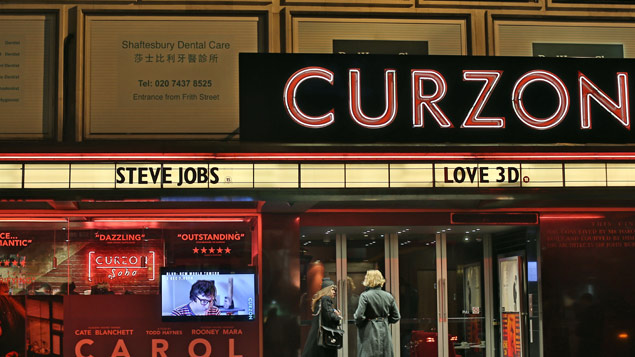 Curzon Cinemas has signed up to pay the Living Wage, which has increased by 20p nationwide and 35p an hour in London
Jeff Blackler/REX/Shutterstock

Yesterday The Living Wage Foundation announced a 20p increase in its pay rate, meaning a 3.7% pay increase for workers across almost 3,000 employers.

Looking ahead to pay awards in 2017

This is considerably higher than the Government’s statutory minimum, which is £7.20 for workers aged 25 and above.

A number of new employers have committed to pay the Living Wage, including Everton Football Club, only the second Premier League team to support the initiative so far.

RSA Insurance, the British Library and Curzon Cinemas also signed up to be Living Wage employers.

The Living Wage Foundation argues that minimum salaries should be high enough to support “the real cost of living” as opposed to just enough to survive.

“One in five people earn less than the wage they need to get by. That’s why it’s more important than ever for leading employers to join the growing movement of businesses and organisations that are going further than the government minimum and making sure their employees earn enough to cover the cost of living.”

Professor Denise Barrett-Baxendale, deputy chief executive and director at Everton Football Club, added: “Here at Everton we are committed to being a first-choice employer and becoming Living Wage accredited is a natural step towards that.

“We have been working hard behind the scenes and consulting with our staff and stakeholders; it is extremely important to us that we treat all of our colleagues well and reward people fairly in terms of their pay.

“Supporting the accredited Living Wage is quite simply the right thing to do; it improves our employees’ quality of life but also benefits our business and society as a whole.”

Around 700 contractors and 250 casual staff at the club will receive a rise as a result.

He said: “I’m glad to say we’re well on track to see it rise to over £10 an hour during my mayoralty, but we need to go further and for many more businesses and organisations to sign up.”

More than 1,000 businesses in the capital pay the London Living Wage.