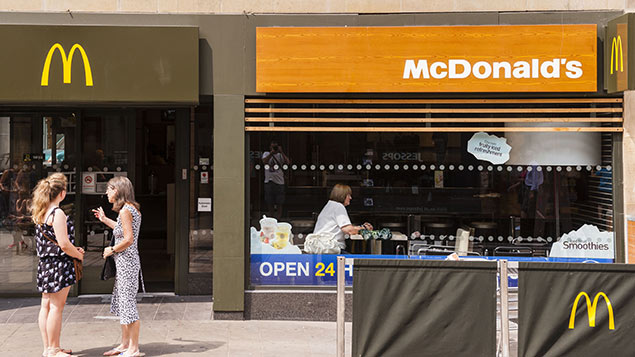 Workers on zero hours contracts could be given the right to request a move to a fixed number of hours.

That is according to reports suggesting that Matthew Taylor’s review into modern employment practices, due to be published this summer, will recommend a new right for workers on zero hours contracts to secure a guaranteed number of hours.

The Confederation of British Industry (CBI) backs the idea; the suggestion is one of the recommendations it has made in its submission to the Taylor review.

But sources have told the BBC that Taylor has been impressed by last month’s move by McDonald’s Restaurants to offer its 115,000 workers on zero hours contracts the option of moving to fixed contracts with a minimum number of guaranteed hours.

McDonald’s has been piloting the option for guaranteed hours for staff at 23 restaurants and has reported that 80% chose to remain on zero hours contracts, while 20% opted for a fixed number of hours.

Last month Taylor suggested that non-guaranteed hours could command a higher minimum wage, although he acknowledged that “we don’t want a proliferation of different minimum wages, because there’s something good about the fact the minimum wage is simple and everyone understands it.”

In its manifesto, Labour has pledged to ban zero hours contracts. But in the CBI’s written submission to the Taylor review, the business body says that a policy to reduce the number of flexible contracts or to increase the number of guaranteed hours in employment contracts would be misguided as “it assumes that all employees want the same thing”.

“Adopting objectives that have these generalisations at their heart would prevent many people from working in ways that they choose. The proposal that a higher minimum wage should apply to non-guaranteed hours is an example of this.

“It risks undermining the success and enforcement of the minimum wage by making it more complex, and would create an incentive for businesses to move to a model of having more fixed short-hours contracts rather than offering additional hours, which would penalise those who want access to more work.”

The CBI recommends that a “right to request fixed or more fixed hours should be introduced on the same basis as the right to request flexible working as a more effective tool to address these issues, without undermining workers’ options or the enforcement of the minimum wage”.

The right to request flexible working applies to all employees with 26 weeks’ service allowing them to ask for a permanent variation to their hours, time or place of work.

An employer’s refusal of an eligible employee’s request for flexible working must be based on one or more specific grounds, such as the burden of additional costs, a detrimental effect on the business’ ability to meet customer demand, or an inability to reorganise work among existing staff.

Other recommendations made by the CBI to the Taylor review include a call to retain the three tier system of employment status, namely employee, worker or self-employed. “Codifying them in primary legislation or changing the tests would delay rather than accelerate clarity about how the law applies to new ways of working,” says the business organisation.

However the CBI does suggest extending the right for employees to receive a written statement setting out their key terms of employment to workers, and a faster, free track in employment tribunals resolve status-only claims.

The CBI said that Swedish derogation, the model whereby temporary agency workers with a permanent agency contract continue to be paid between assignments, must be retained as an integral component of the Agency Workers Regulations. But it said the terms of Swedish derogation should be considered as part of a wider review of the regulations to ensure that they are used appropriately.